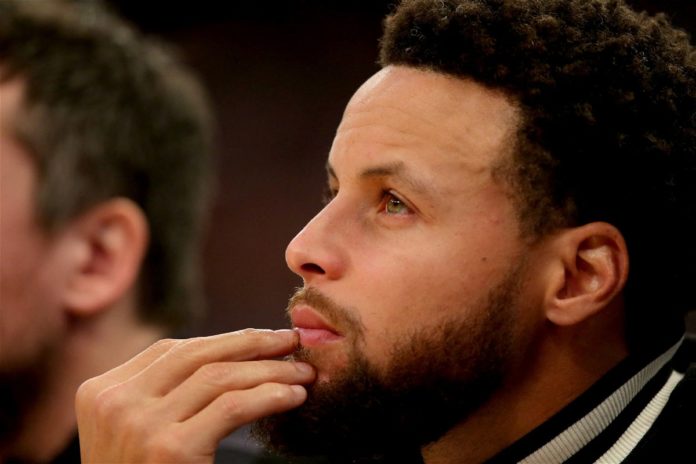 The defending champions Golden State Warriors find themselves in a tricky situation with an inconsistent 23-24 record this season. After winning four championships in nearly a decade, the Warriors have established themselves as a modern-era dynasty. However, the Warriors championship-winning potential could take a huge hit due to a looming problem that has been persistent for months. As per recent reports, a wide array of teams are eyeing a Warriors executive that is quite close to Stephen Curry and has contributed heavily to their championship success. Recently, a report about a Warriors executive’s possibility of leaving Golden State has left fans in disbelief.

Rumors about the future of the president of basketball operations and general manager of the Golden State Warriors, Bob Myers’ exit from the franchise have prevailed for months. His contract is coming to a close in July and an extension is yet to be signed. However, despite being quite close to Stephen Curry and Draymond Green, the reports about Bob Myers’ possible exit from the team have left the fans losing their minds on Twitter.

Bob Myers could level the side of Stephen Curry

Bob Myers is believed to be one of the top-ranked executives in the NBA. He is popularly known as the architect of four championship wins for the Warriors and is a reputed personality in the NBA. As per reports, Myers feels that he should be among the highest-paid executives in the league. Therefore, Bob Myers could leave Golden State for financial pursuits. The Warriors have not been able to negotiate an extension with Myers yet. As a result, there have been reports of many other teams being interested in bidding for Myers.

As per The Athletic, “According to sources close to the situation, Washington, Phoenix, and New York are all worth monitoring the possibilities.” Moreover, given his roots in Los Angeles, the Clippers are also believed to be a potential franchise that could land Myers in the future. Thus, the Washington Wizards, Phoenix Suns, New York Knicks, and Los Angeles Clippers seem to be the possible options for Bob Myers if he leaves the Golden State Warriors.

However, the recent reports have also prompted some unbelievable reactions from the fans who could not believe their eyes. One of the fans wrote, “Why would he leave the warriors?”

Why would he leave the warriors?

Another frustrated fan wrote, “Why would he leave?” Here are some other reactions from the fans.

bob myers isn’t leaving the warriors, he and steph share a close friendship

Many fans appeared to be shocked by the latest report suggesting Bob Myers’ exit from the Warriors. At the same time, several fans argued that Stephen Curry was extremely close to Myers. Thus, his exit from the Golden State Warriors would not be as easy as it looks.

Myers’ contribution to the Warriors

Myers has handled the basketball operations at the Warriors for 12 seasons. He is one of the most influential members of the Golden State franchise. Also, Myers has been a key link between players, coaches, and ownership. Myers’ decision to acquire players like Andre Iguodala, Kevin Durant, and Andrew Wiggins is the highlight of his basketball executive career. The moves helped the Warriors stay in the race for championships over the last decade.

Thus, it would be interesting to find out if the Warriors manage to hold on to Bob Myers and keep Stephen Curry happy.

Nick Nurse on Scottie Barnes: “I said that his biggest challenge going into the...