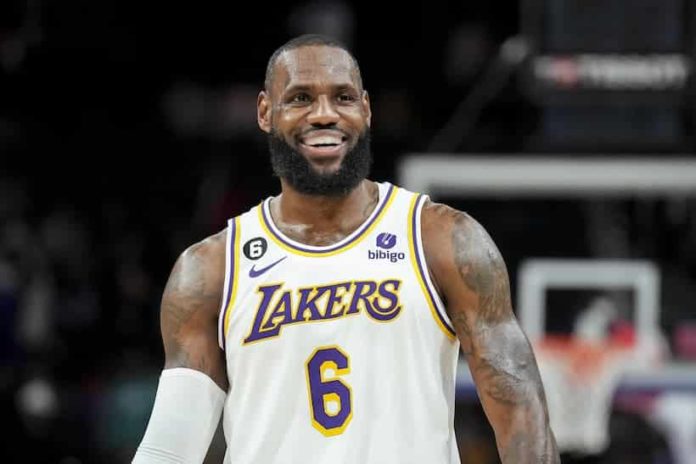 The Philadelphia 76ers etched out a tough 113-112 victory vs the LA Lakers last night. Joel Embiid and LeBron James both scored 35 points, but the star of the night was King James. He’s been a cultivating figure in the league for years now and did something last night that only one other player had done before him. LeBron is the first player in league history to record 38,000 career points. Next on the list, passing Kareem’s all-time points record.

James is now 363 points away from breaking the all-time scoring record and it’s been an incredible career for LeBron. Assuming he can stay healthy over the next month, he’s on pace to break the record sometime in mid February. This would also require him to maintain his (29.2) points per game he’s averaging this season, the third-highest of his 20-year career.

California Sports Betting sites have the Lakers at (+2500) to win the Finals this season.

Even after historic night for the 38 year old four-time NBA champ, a 113-112 loss to the 76ers at home was not enough to lift his spirits.

“It’s just frustrating, getting into those positions and not being able to come out with a victory,” – LeBron James

Last night was also the Lakers third loss in a row and they’ve fallen all the way to 13th in the Western Conference. The Lakers are still trying to keep their season a float while Anthony Davis is out and they hope he can return in the coming weeks. Sometime after the all-star break would likely be a more realistic option for the Lakers.

Russell Westbrook had the chance for a game-winning shot, but was not able to get an attempt up over the stifling defense of Joel Embiid. The Lakers next chance to play is tonight on MLK Day as the Lakers will host the Rockets tonight at 10:30pm.