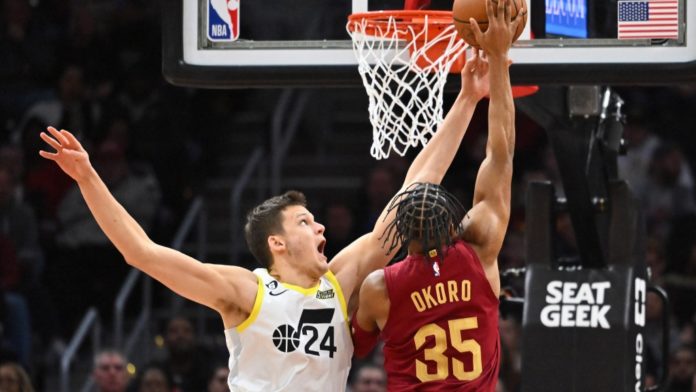 It has not taken Walker Kessler to start making an impact for the Utah Jazz, the rookie center is averaging a solid 6.8 points and 6.3 rebounds per game.

While he is a capable scorer and rebounder, anyone who watched him at Auburn will tell you that the strength of his game is his defense and his ability to block shots is what made him a first round pick.

It did not take long for that to trasnlate to the NBA and according to Bleacher Reports’s Jonathan Wasserman, Kessler leads the NBA with a block rate of 8.4%, counting players who have played at latest 500 minutes. This was also the strength of Kessler at Auburn, he set an NCAA record last season in block rate.

Walker Kessler last year finished with the highest NCAA BLK% ever recorded (since introduced in 2009). He currently leads the NBA at 8.4 BLK% among players with at least 500 minutes.

He is not just an advanced stat darling either, his 1.9 blocks per game are tied for the 5th most in the NBA and his 60 total blocks are third most in the league, despite him playing over 200 less minutes than the players ahead of him.

Kessler has thrived in the Jazz’s scheme as a defensive anchor and being an efficient role player on offense and he should continue to improve with more playing time.

Let us know your thoughts, and comment on this story below. Join the conversation today!