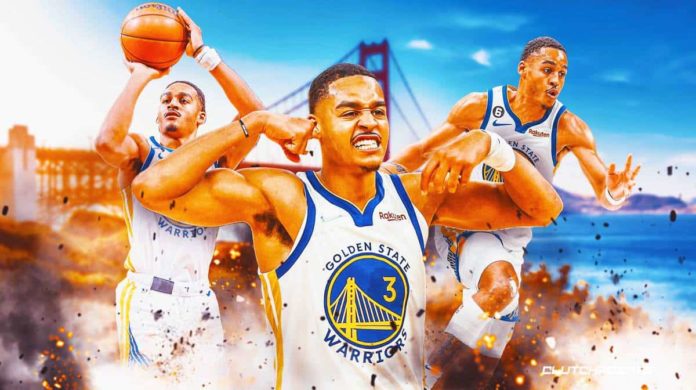 The Golden State Warriors, obviously, aren’t going anywhere without Stephen Curry. But given how Jordan Poole played on Sunday, the possibility of the defending champions successfully weathering the storm of their franchise player’s absence suddenly seems a lot more realistic.

Jordan Poole and the short-handed Warriors earned one of their most complete wins of the season in Toronto. (via @armstrongwinter)https://t.co/UsDu1W6lt8

Poole exploded for a career-high 43 points and six assists in Golden State’s rousing  126-110 win over the slumping Toronto Raptors, scoring from all three levels of the floor while simultaneously keeping his teammates involved. He shot 14-of-23 overall and 5-of-11 from beyond the arc, mixing in short mid-range jumpers with aggressive attacks all the way to the rim.

It’s tough to imagine Poole has ever played a better game than he did on Sunday. Steve Kerr, though, wouldn’t quite go that far on the postgame podium.

Still, it speaks volumes of just how impressed his overall performance was that Kerr also made time to highlight Poole’s defense on a night he “carried” the short-handed Dubs.

“He’s played a lot of great games for us. If it’s not the best, it’s definitely one of the few best,” Kerr said. “He was great at both ends. His defense was excellent. I thought he was patient offensively, got us into our offense well. He just set the tone. He just carried us.”

Remember Poole’s early-season struggles that quietly contributed to Golden State’s awful 3-7 start? He started shaking those off before his hot stretch of recent play. Over the last two-plus week, though, Poole has taken his game back to the heights that made him seem like one of the league’s most dynamic playmakers during the Warriors’ title run.

Poole is averaging 26.7 points and 4.4 assists over his last nine games, on stellar efficiency of 61.7% true shooting—numbers he almost surely won’t maintain over the season’s remainder. While Curry is sidelined, though? Jordan Poole could absolutely continue producing like a superstar, giving Golden State the chance to stay afloat until the reigning Finals MVP returns.

These 3 teams are potential trade suitors for Myles Turner

How Ja Morant Became the Top Paint Scorer in the NBA