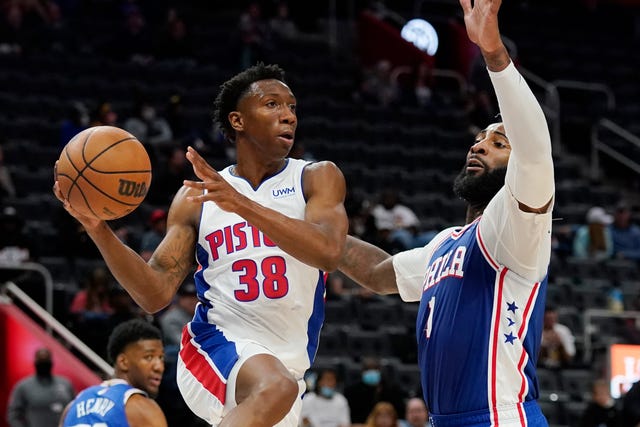 The Philadelphia 76ers have signed Saben Lee to a two-way contract, sources told Tim Bontempts of ESPN. The club will waive Michael Foster Jr. to make a room on Lee’s arrival.

Last offseason, he was a piece of the Pistons’ package to acquire Bojan Bogdanovic from the Utah Jazz, who eventually waived him afterwards. He then inked with the Suns, but he didn’t last there and around the Toronto Raptors.

As such, the Raps handed an Exhibit 10 deal to Lee in order to become available for Raptors 905. He then went on to average 21.7 points and 6.0 assists in seven games.

With Tyrese Maxey to miss some time, Lee’s addition can certainly help the Sixers to gain more units for their decimated roster.

The Sixers have recently won over the Brooklyn Nets last Tuesday, 115-106, with Tobias Harris’ 24 points and six boards taking the lead. Surprise leaders storm the NBA: What about the favorites?

“The world gets to see the Mamba; very few people get to see Kobe”...