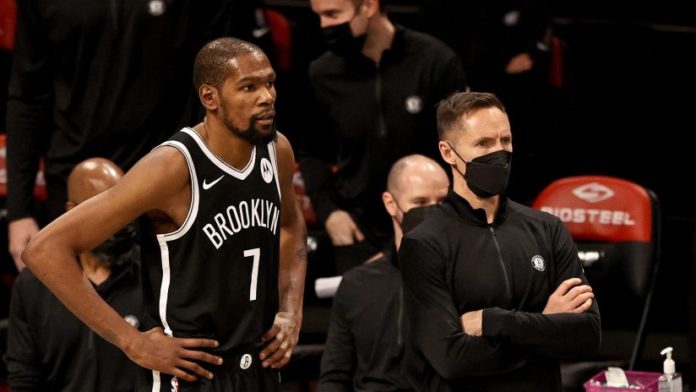 Kevin Durant caused many headlines by requesting a trade from the Nets earlier this offseason. Not only that he did not refused to back down, but instead doubled down by issuing an ultimatum to the team’s owner Joe Tsai.

The two-time NBA champion told Tsai to choose between him or head coach Steve Nash and general manager Sean Marks. With no deal that would be acceptable to Brooklyn being offered, KD decided to stay with the Nets.

NBA legend Shaquille O’Neal does not think that Durant and Nash can just work things out like nothing happened after the player demanded the team to fire the head coach.

According to him, for players that make way more than their coaches it is difficult to respect them. Shaq thinks that when things go bad for the Nets, it will be Nash who will get blamed.

Via Bill DiFilippo of UPROXX:

Before I answer the question, I’m gonna tell you a little story. A guy asked me the other day, “you ever think about coaching?” And the answer is no. He said why? When a guy makes 20 times more than you, it’s gonna be hard for them to respect you. It shows that they don’t respect him. All the “I want him gone, I want him gone,” and then to come back and say we worked it out, nah, it ain’t that easy. As adults, we can have a heart-to-heart, we can iron it out. But it’s still right here. So when things don’t go right, they’re gonna blame it on him. So, he’s gonna have to demand their respect. As a player, if you know you were better than a former player who’s now a coach, it’s gonna be hard for you to, in tough situations, listen to him. So, it’s gonna be tough. I know the coaches I played for, they put their foot down. Sometimes you got to put your foot down, even if the player makes a $50 million, you got to put your foot down, especially if they ain’t gonna step up, anyway.