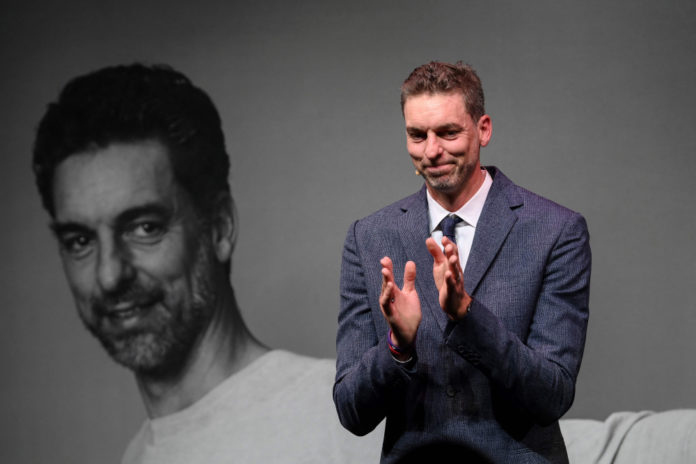 Basketball legend Pau Gasol has been introduced as the FIBA Women’s Basketball World Cup 2022 ambassador, which begins on September 22 in Sydney, Australia.

The Spanish basketball legend Pau Gasol, who represented his country proudly throughout his career, has been named as the FIBA Women’s Basketball World Cup 2022 ambassador.

The FIBA Basketball World Cup 2006 MVP and the two-time NBA champion, Gasol has long been a strong advocate for giving women opportunities in sports and life.

Gasol is a close friend of Kobe Bryant, with whom he played for the Los Angeles Lakers and won two NBA titles together. Bryant was passionate about helping the women’s game grow as was Gasol.

The legendary Spanish player said that female coaches should have the same opportunities as men to be candidates for head coaching jobs on men’s pro teams.

“I am a huge fan. The Women’s game is rising and I can’t wait to be in Sydney to watch the best teams in the world compete for the highest honor in international basketball,” said Gasol.

The level of skill, intensity, physicality, and passion those athletes bring to the court is amazing”, added Gasol.

“To play for your country on the biggest stage, it’s the greatest pride,” Gasol continued.

“Basketball is all about team play. It’s about moving the ball, sharing the ball, finding an open teammate, and creating a flow offensively. It’s an unselfish game,” Gasol concluded.

In the competition, we will see 12 teams competing for the chance to win the gold medals.

The FIBA Women’s Basketball World Cup 2022, will take place in Sydney, Australia from September 22 to October 1.

“You can’t just assume he’s going to be the same explosive sort of athlete,...

Udonis Haslem on his future: “I am all the time going to be part...

Steph Curry Is About To Make $1 Billion From Under Armour… And It’s All...

Lauri Markkanen shocked on involvement from Cavs-Jazz trade, but understands business side