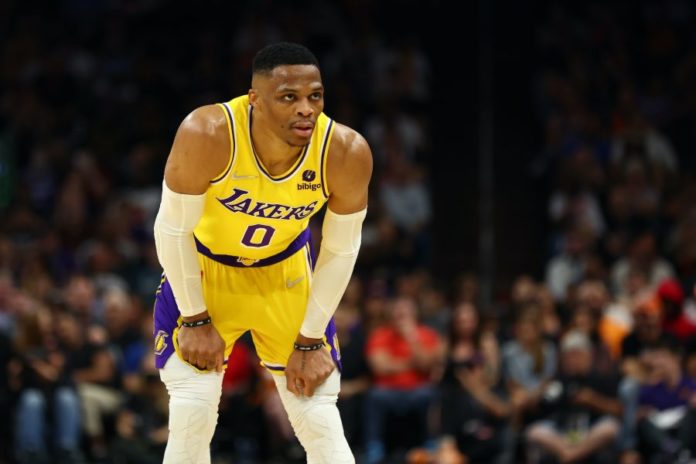 Now that Kyrie Irving is reportedly off the table for the Lakers, Jovan Buha of The Athletic breaks down the team’s other potential options for dealing Russell Westbrook.

As Buha writes, a trade with the Pacers for Myles Turner and Buddy Hield makes sense for the Lakers, but they’d likely have to include both their 2027 and 2029 first-rounders to make that happen, which hasn’t transpired to this point. Buha wonders if Indiana would be interested in the move if the Lakers put protections on the ’29 pick or perhaps include a pick swap instead.

Turner and Hield would instantly become the Lakers’ “third- and fourth-best players on the roster, upgrading the starting lineup, depth and collective shooting,” Buha states, adding that Turner would complement Anthony Davis in the frontcourt due to his defensive versatility and ability to space the floor (.349 career 3PT%).

The Lakers could also get involved as a third team in a potential Donovan Mitchell trade, or target Jazz veterans like Bojan Bogdanovic, Patrick Beverley, Jordan Clarkson and Jarred Vanderbilt, Buha notes.

Here’s more from the Pacific:

Mitchell scores 71 points, most in NBA since Bryant’s 81 vs. Raptors, as Cavaliers...