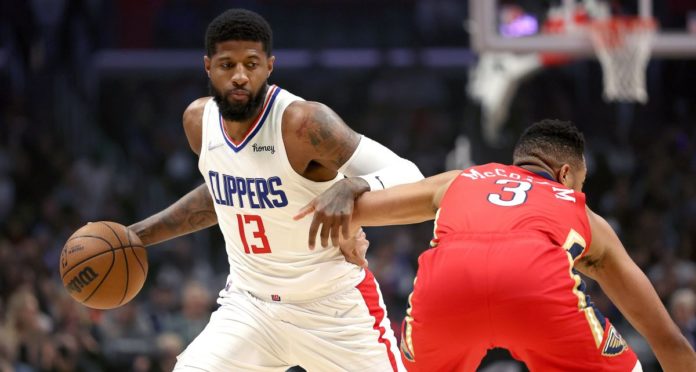 Nexstar’s KTLA-TV is bringing NBA basketball back to local broadcast in a deal with the Los Angeles Clippers.

KTLA will exclusively air 15 Clippers games this season. The station will produce pre-game, halftime and post-game programming to surround the games.

The station will also syndicate the broadcast so fans throughout Southern California can see the games. Among the other stations carrying the Clippers broadcasts will be Nexstar’s KSWB-TV in San Diego, KGET-TV in Bakersfield and KSEE-TV in Fresno.

The deal starts to reverse a trend of professional sports appearing on pay TV. Recently some games have moved to streaming, making them harder to find for some fans.

“A critical way fans engage with the Clippers is by watching games on TV, and there is no better broadcast partner than KTLA, Los Angeles’ No. 1 TV station,” said LA Clippers president of business operations Gillian Zucker. “The segmentation of the television market has become difficult for consumers. We believe it’s incredibly important for Clippers basketball to be accessible to as many people as possible, and the return of the NBA to KTLA is a critical step.”

In addition to programming surrounding the games, KTLA–the official broadcast home of the LA Clippers, will be running features such as Countdown Clock to Gameday Buzzer, game day forecasts and team related content including L.A. Unscripted, Off the Clock and California Cooking.

“Starting with the opening of Clippers training camp, LA’s Very Own KTLA 5 will be there every exciting step of the way,” said KTLA-TV’s VP and general manager Janene Drafs. “Clippers fans across Southern California can count on KTLA for exciting pre- and post-game shows, insightful analysis, up-to-the-moment Clippers news, special features on the players and coaches, and one-of-a-kind related programming throughout the 2022-2023 basketball season.” ■

Connexa Sports Expands its Technology Footprint in the NBA