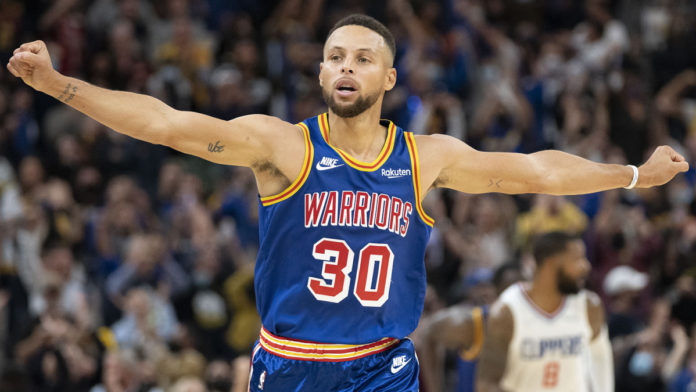 With NBA training camps soon approaching, every team is going to offer some platitudes about how they want to compete for a championship this season. Not so fast! We all know there’s a pecking order in the NBA, and I’m here to tell you exactly what that pecking order is in each conference via my completely scientifically tested and approved tiers system. Previously in this series, we took a look at the Eastern Conference. Today, let’s examine the West and get these teams properly sorted into the right category…

The three teams in this group should be considered the frontrunners in the Victor Wembanyama sweepstakes. The Thunder have been steadily tanking for two years, and will likely jump right back in the pool after the season-ending injury to No. 2 pick Chet Holmgren. Meanwhile, the Spurs and Jazz joined the party after trading away their star players this summer. By the post-All-Star break section of the schedule, these teams will be worth watching if only to see how shamelessly they will be trying to lose.

Up And Coming Tier: Houston Rockets

The Rockets are cooking up something interesting! They have some intriguing young gunners in Kevin Porter Jr. and Jalen Green, as well as the hipster favorite Alperen Sengun. And joining the mix this year is No. 3 pick Jabari Smith, who most believed until hours before the draft would go No. 1 overall. Houston may not be too much better than the teams in the tier below them, but should be much more entertaining on a nightly basis.

Up But Not Necessarily Going Anywhere Tier: Sacramento Kings

While the Kings could be a little frisky this season, I’m not sure it’s going to amount to much. I still don’t see them making the playoffs even with a full year of the De’Aaron Fox-Domantas Sabonis pairing. I like the additions of Kevin Huerter and Malik Monk. And Davion Mitchell is a burgeoning defensive stopper. Competence seems like a more probable outcome than true success.

Two teams with some really good stars (LeBron James, Anthony Davis, Damian Lillard) and capable role players (Pat Beverley, Jerami Grant, Gary Payton II) that won’t have an easy path to the playoffs. Maybe the Lakers dump Russ and the roster falls into place. Maybe one of the teams ahead of them on this list falls off. At the moment, despite having some proven players on their rosters, it’s hard to see the Lakers and Blazers having an easy path to the postseason. They should remain in contention all season, though.

All these teams had successful seasons last year, though Phoenix’s ended in a particularly shocking fashion. All of them have emerging young talent and shared playoff experience. And all of them also have one question they have to answer before they can truly be considered contenders. For the Mavs, can they sustain their Luka Dončić-centric style of success after the departure of Jalen Brunson? For the Wolves, how will the Rudy Gobert-Karl-Anthony Towns frontcourt work together? For the Pelicans, how will they integrate Zion Williamson into a group that had such great chemistry down the stretch? For the Grizzlies, can Ja Morant keep them on track with Jaren Jackson Jr. expected to miss months? And for the Suns, did they already blow their best chance at making the Finals with Chris Paul now 37 years old? If these teams find answers, they will be very dangerous by late April.

Knocking on the Door Tier: Nuggets

This is the best team Denver has put around two-time MVP Nikola Jokić. Will it be enough? The return of Jamal Murray should no longer require Jokić to play at an otherworldly level, which The Joker will certainly enjoy. The additions of Kentavious Caldwell-Pope and Bruce Brown also gives Denver some more defensive grit on the perimeter, something the team has desperately needed for years. Michael Porter Jr., another significant player slated to return from injury, looms as a wild card as well. Watching the Nuggets deal with the pressure of expectations will be fun to watch. By putting them in this tier, I’m expecting the Nugs to respond with aplomb.

At full strength, it’s hard to find rosters better than these two. The Clippers have a buffet of lengthy wings who can shoot and defend to flank their two tailored-for-the-modern-NBA All-Stars Kawhi Leonard and Paul George. The Dubs have a core that’s basically only lost one playoff series when healthy since 2015, with promising prospects poised to contribute. I expect the Clips and Golden State to be the two toughest outs come playoff time. If we’re lucky, we’ll get to see them go head-to-head in a seven-game series with everyone ready to go.

Kevin Durant Urges The Nets To Learn From The Warriors And Stephen Curry: “He Was Injured Going Into The Playoffs. The Team Still, You...

“Watching LeBron James vs Stephen Curry to cost $900”: The Most Expensive Ticket Since Last Game of Kobe Bryant

Shaquille O’Neal on Ben Simmons: “He has a lot of potential”