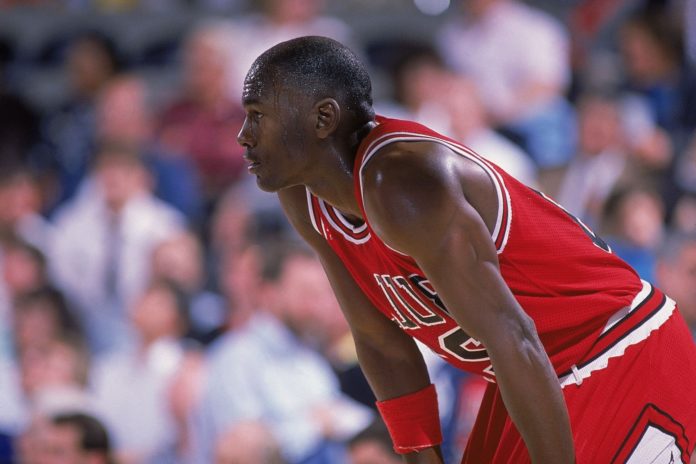 A couple of ticket stubs from Michael Jordan’s NBA debut on Oct. 26, 1984, are available for auction. The ticket stubs will reportedly fetch around $200,000 to $300,000. Jordan’s game-worn jersey from the 1998 NBA Finals broke the record for the highest auctioned sporting memorabilia last week.

Meanwhile, Kyrie Irving of the Brooklyn Nets has opened up about getting swept by the Boston Celtics. Irving, who had a tumultuous season last year, played great in the series, but the Celtics had too much firepower. The Nets will be under the microscope heading into the new season due to their summer.

Here is the latest NBA News Roundup for Sept. 20, brought to you by Sportskeeda.

NBA and NBPA already in talks about next CBA

The NBA’s current Collective Bargaining Agreement is set to expire after the 2023-24 season. However, NBA commissioner Adam Silver and NBPA executive director Tamika Tremaglio are actively engaged in “extensive talks,” according to The Athletic‘s Shams Charania.

The league and the players’ union have opt-out clauses they can exercise by Dec. 15. If either side opts out, the CBA will expire on June 30, 2023. NBA fans should not be worried about a potential lockout. Charania noted that it’s not happening, and both sides are working towards lasting equity for the players.

Other topics discussed between the NBA and NBPA include allowing high school players to enter the draft. Mental health designations on injury reports are also being discussed, as well as potentially harsher luxury tax penalties.

Additional Michael Jordan-related items are available less than a week after some set the record for the highest auctioned sporting memorabilia. According to TMZ Sports, two ticket stubs from MJ’s NBA debut on Oct. 26, 1984, are set to be auctioned at Bonhams.

One of the tickets has the words “Michael Jordan’s first game” written on the front. The other ticket has the same inscription but was written on the back. It also has the autograph of former NBA player Dallas Comegys. The valuation of Jordan memorabilia has increased since “The Last Dance” docuseries aired last year.

A pair of tickets that were once used by fans to go see Michael Jordan’s NBA debut game have just hit the auction block … and they’re so rare, experts say they could sell for $300,000. tmz.me/bWTmv8E

A pair of tickets that were once used by fans to go see Michael Jordan’s NBA debut game have just hit the auction block … and they’re so rare, experts say they could sell for $300,000. tmz.me/bWTmv8E

Lonzo Ball was having a great first season in a Chicago Bulls uniform when he suffered a torn meniscus in his left knee. Ball underwent surgery in late January and was slated to miss six to eight weeks. However, he suffered pain during a rehab stint and was ruled out for the rest of the season.

With the NBA training camp starting later this month, Ball will not be ready to suit up for the Bulls on Opening Night. According to NBC Sports, the 24-year-old guard has no timetable for his return from injury. The report noted that Ball has not had consistent workouts due to flare-ups.

The question for Chicago heading into the season is, who will be the starting point guard? Ayo Dosunmu played admirably as a starter during his rookie season, while Alex Caruso could slot in after an injury-filled season. Goran Dragic looked great for Slovenia in the EuroBasket and could also be a candidate for the starting job.

Kyrie Irving opens up about getting swept by the Celtics

Kyrie Irving and the Brooklyn Nets were swept in the first round of the 2022 NBA playoffs by the Boston Celtics. The Nets were among the favorites to win the championship last season but failed to win a single postseason game. Irving appeared on the “Nets Kingdom” podcast to discuss the sweep.

“It was meant to happen like that, motivation,” Irving said. “We needed that humbling experience, especially going against the Celtics. It was already built to be that matchup. We gonna see them again, we gonna have to.”

“They’re gonna be where they gonna be, but those young ones in Boston. I got to see them grow up. To see them do what they did last year, on the Finals stage, making it that far. I’m glad they had to go through us.”

All eyes will be on Irving and the Nets this upcoming season after the summer they just had. Kevin Durant requested a trade and then rescinded it after team ownership did not give in to his demands. Irving tried to get a sign-and-trade deal before opting into the final of his contract to earn a bigger deal next offseason.

Spain defeated France to win the 2022 EuroBasket Championship. It was Spain’s fourth EuroBasket title and their first since 2015. Juancho Hernangomez led the Spaniards with 27 points, five rebounds and two steals in their 88-76 win over their rivals. His brother, Willy, had 14 points and eight rebounds and was named the tournament’s MVP.

Meanwhile, Evan Fournier put up 23 points, three rebounds and two assists for France. Rudy Gobert was limited to just six points and six rebounds. Germany defeated Poland to earn third place. The next EuroBasket tournament is in 2025 and will be held in four different countries – Cyprus, Finland, Latvia and Poland.

Spain’s EuroBasket win is also their first without two of the Gasol brothers, Pau and Marc. Spain was not among the tournament’s favorites, while France was in the top five heading into group play. Heavy favorites Serbia, Slovenia and Greece, were all eliminated in the quarterfinals.

Ex-Kings Owner Shaquille O’Neal On Sacramento Kings In 2002, “We’re Not Worried About The...

Stephen Curry’s Millionaire Father, Who Was Accused of Infidelity By Wife Sonya, Forced Her...

LeBron James wants to play into his 40s with sons Bronny, Bryce