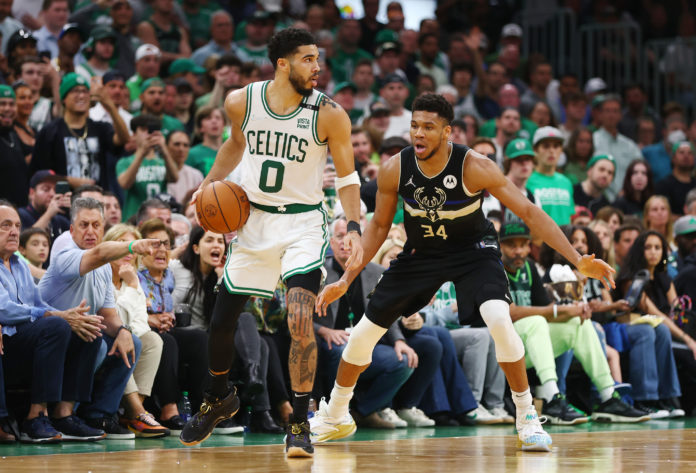 Each day, this column will provide live updates for all NBA news. Enjoy up-to-the-minute alerts for injuries and lineup confirmations. The Key News to Watch section will highlight notable injuries to monitor for the current NBA slate.

The 76ers’ defensive rating has improved to 106.3 since Harden returned from injury, and they have allowed the third-fewest points per 100 possessions during that time. Harris (17.8%) and Melton (16.5%) have logged decreased usage since Harden rejoined the lineup.

Walker logged 23.8% usage in 27.4 minutes Friday despite Westbrook and Reaves returning. Opposing forwards have made the second-most field goals per game (30.4) against Dallas this season. The Mavs’ defense against opposing wings could be compromised without Dorian Finney Smith (adductor).

Antetokounmpo (41.4%) and Holiday (27.3%) logged heightened usage rates against the Celtics in the playoffs last season with Middleton sidelined. Milwaukee has a 6-6 record against teams ranked top ten in defensive rating, and they have scored the ninth-fewest points per 100 possessions (108.2) in those matchups. The Celtics have the seventh-best defensive rating (111.1) league-wide.

Bane returned to play 24.4 minutes in Friday’s blowout win. The Warriors have registered the second-worst defensive rating (121.9) in the league during their last six games. Opponents have scored the most points off turnovers per game (27.3) and shot the highest three-point percentage (44.3%) during that time.

The Grizzlies have posted the second-best defensive rating (106.3) in the league since Jaren Jackson Jr. returned on November 15th. However, they have allowed opponents to make the ninth-most threes per game (13.0) during that time. The Warriors have scored 40.3% of their points from three with Curry sidelined for the last four games, which has remained consistent with their season-long output.

Anthony Davis: “I’ve got goosebumps just thinking about this year”