Mark Cuban didn’t like what he saw on a Dallas Mavericks fan’s creative perspective about the current state of Luka Doncic’s supporting cast.

Preston Pannek, a Mavs fan, made a mural that shows a sad Doncic holding a placard that says “Please send help.” At the background, some notable statlines of the young phenom from this season were marked including his 60-20-10 godly triple-double against the New York Knicks last December.

Pannek’s painting drew thousands of mixed reactions, including a bitter assessment from the Dallas team governor.

In the leaked emails that the Dallas Observer received, Cuban described Pannek’s artwork as “disrespectful.”

“But it’s your choice to do what you want,” the email reportedly further stated. “If that’s the way you want to be a fan, go for it.”

For Pannek, he is just hoping that Doncic will be able to have reliable support, voicing out his frustration that the club hasn’t landed any marquee free agents yet to help the superstar.

“We have arguably the best basketball player in the world and we can’t attract a free agent here, and he’s doing a ridiculous amount of work, and it’s gonna wear him down because we can’t get him any help,” Pannek said.

Currently, the Mavericks are fifth in the Western Conference. Their 24-21 record in team standings remains shaky, with plenty of losses can pull them down even under the 12th place.

While Pannek’s work of art and personal insights can’t even be more factual, the Mavericks truly need to have that sense of urgency in not wasting their title window with Doncic. They notably fumbled their chances to extend Jalen Brunson, and could be in a similar situation again on Christian Wood, who is an impending unrestricted free-agent.

Assembling the best troops around Doncic has to be the main priority for the Dallas franchise, with the Slovenian phenom has only until 2025-2026 season to stay based on his contract. Any sort of shortcomings and disappointment may push Doncic out of the door, as he is a proven winner prior to his entrance in the NBA.

It’s not too late yet for the Mavericks’ brain trust to have a direct command in seizing their opportunities with Doncic, but they can’t definitely afford to waste any more time remaining on their championship clock. 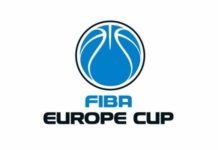 LeBron James on scoring 47 points vs. Hawks: “I called it before the game”