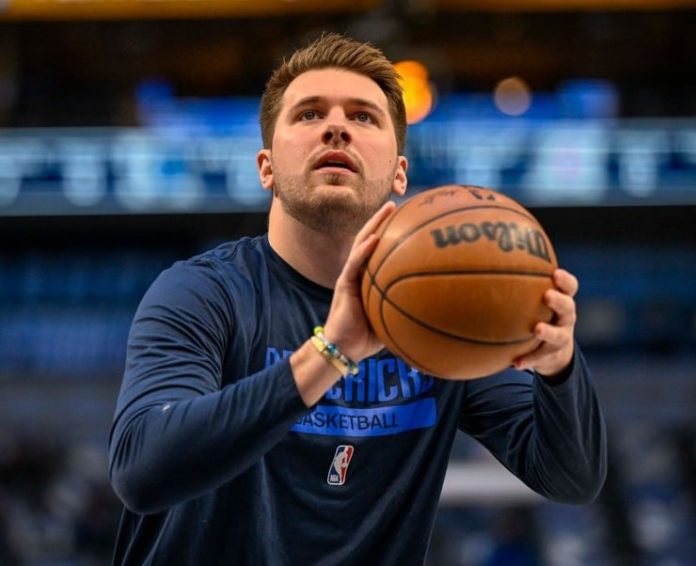 Dallas Mavericks superstar Luka Doncic has recorded 33 30-point games this season, the third most in NBA history prior to the month of February, ranking below Michael Jordan (1986-87) and James Harden (2018-19).

Through 44 starts, the soon to be four-time All-Star is averaging career highs of 33.8 points and 1.5 steals per game. Along with logging 9.1 rebounds and 8.6 assists per contest, Doncic is shooting a career-best 49.8% from the field and 35.2% beyond the arc.

Referring to a few NBA betting sites, Luka Doncic has the second-shortest odds to win MVP in the coming months. Check out which sportsbooks are giving Nikola Jokic the best odds to win his third straight award.

Over the last 40 seasons, the only players with more 30-point games prior to the month of February are Michael Jordan in 1986-87 and James Harden in 2018-19. pic.twitter.com/Hbn3vXQtrM

Furthermore, on Tuesday, in the Mavericks’ 127-126 loss against the Washington Wizards, Luka Doncic posted his 26th double-double of the season. In 38 minutes of action, the fifth-year guard amassed 41 points, 15 boards, six assists, and one steal. Plus, he shot 16-of-29 (55.2%) from the floor.

In Dallas’ 126-121 win over the New York Knicks on Dec. 27, Doncic logged career highs of 60 points and 21 rebounds in 48 minutes played. The Mavs guard became the first player in NBA history to register 60 points, 20 boards, and 10 assists in a single game.

Mavericks guard Luka Doncic has logged 33 30-point games this season before February, the third most in NBA history behind Michael Jordan and James Harden

Moreover, Doncic is the first player since Michael Jordan in 1996 to average 40 or more points per game in a 10-game span. Barring a major injury, he’s also on pace to break Mark Aguirre’s Mavericks franchise record for most points scored in a single season.

Milestones to Track: The next time that Luka Doncic scores 40+ points in a game, he will break a few of Mark Aguirre’s Mavericks franchise records:

Additionally, Luka Doncic is the first player to score 30-plus points in each of the first six games to begin a season since Jordan in 1986. In December, the Slovenian guard became the first player in NBA history to total at least 225 points, 50 rebounds, and 50 assists over a five-game span.

If Doncic can stay healthy, the three-time All-NBA member will shatter more records in the second half of the season. The Mavs guard has posted 10 triple-doubles as well. He trails only Nikola Jokic, who has recorded a total of 15 with the Denver Nuggets.

Jalen Brunson: “I gotta treat possessions like they mean the world to me”