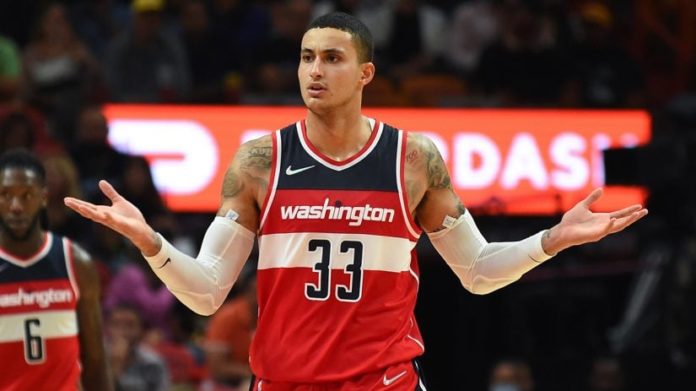 Wearing the Washington Wizards gear for more years to come has crossed the mind of Kyle Kuzma.

In an interview with The Athletic’s Josh Robbins, Kuzma didn’t deny his thoughts of hammering a new deal with Wizards given that he was handed a chance to excel more than just a role player.

“For sure. One hundred percent,” Kuzma said about possibly re-signing with the team. “They showed me love. They have allowed me to have a platform to show my game and show the league I’m not just a role player. I’m someone that’s arriving right now. That’s the biggest thing for me.”

Kuzma, who is set to become an unrestricted free-agent, has been widely coveted by the Wizards’ plans to be retained.

Following the trade of Rui Hachimura to the Los Angeles Lakers, it became much clearer that the club holds a strong intent to have him following this season, as ESPN’s Adrian Wojnarowski reported that Washington is very much leaning towards re-signing him.

As such, Kuzma got hefty reasons to be paid following this season. He is averaging career highs in points (21.8) and field goal efficiency (45.7%) while going off with 7.6 boards and 4.0 assists in 45 games – trending up his All-Star potential.

“It’s like being wanted to be married, wanted to have a relationship. As a person, you love that, you feel love,” Kuzma continued. “You feel that and it makes you alive. It’s a great thing, especially when you think of the landscape of this sport between teams and players. Players are gone year after year. There are such short stints now. For anybody to want to keep you long-term, that’s a blessing.” 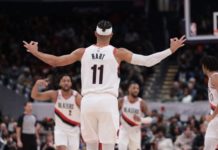 NBA exec: “Draymond has been following LeBron around like a puppy dog these last...

NBA Twitter reacts to Warriors’ comeback over Jazz on Wednesday