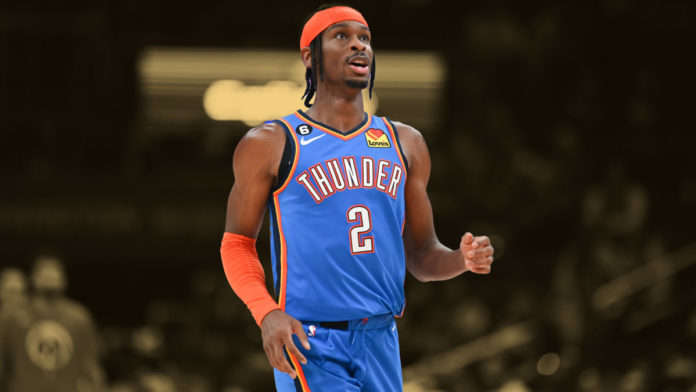 The never-ending “Greatest of All Time” or “GOAT” debate as it is more commonly referred to has resurfaced, this time by dynamic Oklahoma City Thunder guard Shai Gilgeous-Alexander, who delivered incredibly controversial quick-fire takes at his recent basketball camp “Shai Hoops”.

Going back and forth with some spirited campers, “SGA” was firm in his views about some of the greatest ever to lace them up.

“Kobe is Michael Jordan on steroids,” Shai said. “Kobe had five rings, what’s your argument? All-around, Kobe is the best player. Competitive nature, championships, there’s a lot that goes into it… Skill-wise, Kevin Durant is one. Durant is 7 feet tall and can-do everything Steph Curry can do. Kobe one, Bron two, Mike three. They’re all amazing. They’re all the best ever. But it’s just a little…”

The Canadian’s claims of putting Kobe Bryant ahead of both James and Jordan all-time is undoubtedly an unpopular opinion when it comes to the masses, but justifiable from a resume point of view.

The Los Angeles Lakers legend won 5 NBA championships, received 15 All-NBA selections, and was named an NBA All-Star 18 times. His relentless work ethic, dedication to the game, and overall skillset allow him to be a part of any “best ever” conversation.

When reviewing his statements, it seems as though Gilgeous-Alexander’s views may have fundamental flaws by stating Bryant has five rings when placing him above Jordan, who has 6, but then having James ahead of Jordan when he has 4 rings.

Be that as it may, his feelings understandably could have some nostalgic bias involved. After all, players around Gilgeous-Alexander’s age grew up watching Bryant dominate the league in purple and gold, so it’s not uncommon for their opinions to be subjective in nature, as all debates that have no tangible correct answer are.

On a personal front, Gilgeous-Alexander is putting together the best season of his young career, boasting averages of 31.1 points, 4.6 rebounds, and 6 assists per game for the 7-10 Thunder, who are evolving into one of the most dynamic young squads in the NBA.

Lauri Markkanen among most improved

James Harden reacts on Sixers’ first win of the season: ‘It’s a work in...