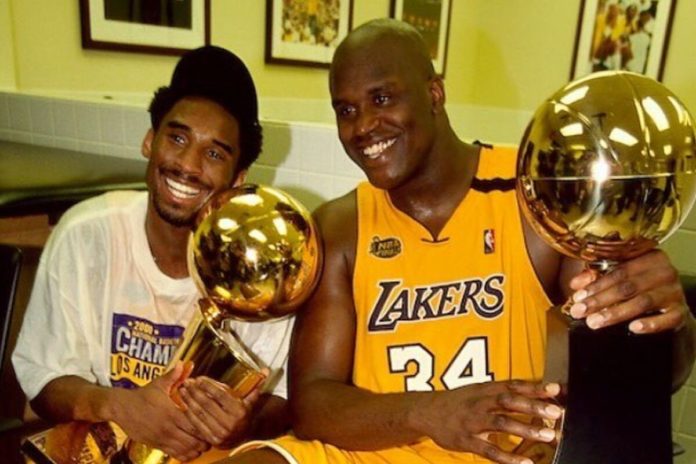 On January 26. it will be three years since Kobe Bryant tragically passed away in a helicopter accident. His daughter Gigi was also with him at the time of the accident alongside another 7 victims who also lost their lives. The news came as one of the biggest shocks in modern sports history. Kobe Bryant was one of the most beloved NBA legends who was just starting his life in retirement from the sport. During his time as a player, he was always compared to Michael Jordan for the similarities in their game and he was pretty close to winning those six NBA Championship rings throughout his career. To this day, Kobe is the closest we’ve ever gotten to what we all experienced with Michael Jordan.

How many NBA Championship rings does Kobe Bryant have?

Apart from Bill Russell’s inhumane number of NBA titles, Michael Jordan is the most successful legend with six rings that he won with two different three-peats. He did it in two different time frames. Once before retiring shortly in the early ‘1990s and the other three came after that short stint as a baseball player. With Kobe, the three-peat came during his initial years with the Lakers alongside Shaquille O’Neal. They became a dominant force between the year 2000 and 2002. Those Lakers were truly unstoppable but Kobe Bryant needed to win more rings without Shaq in order to prove he was truly one of the all-time greats.

When Shaq parted ways with the Lakers, he went on to play for the Miami Heat and won his fourth NBA Championship ring alongside a young Dwyane Wade. After that, Kobe Bryant seemed hell-bent on surpassing what Shaq did when he left the Lakers. Bryant had a great run during the late ‘2000s and reached three consecutive finals. If it hadn’t been for Kevin Garnett’s Boston Celtics, Kobe would’ve probably won that first of three finals he played between 2008 and 2010. So there you have it folks, the late great Kobe Bean Bryant has five NBA Championship rings. Only one short of Michael Jordan.

Danny Green To Make 2022-23 Season Debut On February 1, Vs Portland