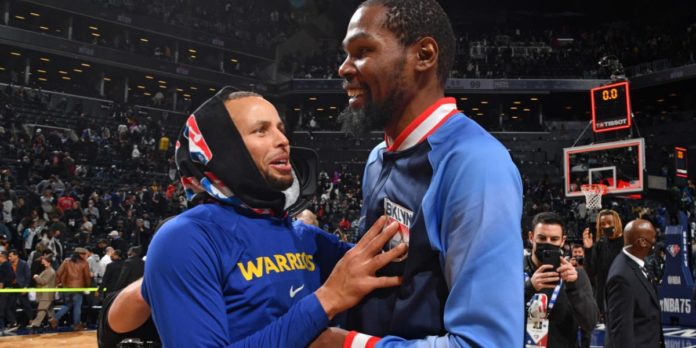 The Warriors’ 6-9 start to the 2022-23 NBA season is not what anyone expected from the reigning champions.

Instead of running roughshod on the league in what was supposed to be a glorious title defense, everyone not named Steph Curry has struggled mightily for the Warriors.

And because Moses Moody, James Wiseman and Jonathan Kuminga have yet to properly acclimate, ESPN’s Stephen A. Smith suggested that if the Warriors’ front office no longer has faith in their youngsters, a move has to be made to save the season.

“Now if you have changed and you no longer believe in some of those young guys … go ahead and make the trade for Kevin Durant,” Smith said Thursday on the latest episode of “First Take.” “You can not waste Steph Curry playing like this. You can’t take this for granted.”

Curry arguably is playing some of the best basketball in his career.

After dropping 50 points in the Warriors’ 130-119 loss to the Phoenix Suns on Wednesday night at Footprint Center, Curry is averaging 32.8 points, 6.8 rebounds and 6.4 assists in 34.6 minutes per game.

Furthermore, Curry is on pace to shatter his own record for the highest true shooting percentage while scoring over 20 points per game, which he set in 2018.

With Curry doing his best to salvage the Warriors’ season, Smith shares that his perception of Golden State’s young players has changed and suggests that the front office do something.

Currently, both the Brooklyn Nets and Warriors have the same record (6-9), but Durant has been vocal in recent weeks about how the Nets lack the firepower to compete for a championship.

While trading for Durant could feasibly improve the Warriors in the short term, Golden State will undoubtedly be hemorrhaging its future as the Nets want a bevy of picks and young players in any trade for Durant.

RELATED: Kerr: Warriors getting ‘ass’ kicked by teams out for revenge

While Warriors fans know defense and the lack of production outside of Curry needs to be addressed, there doesn’t seem to be any clear solutions to Golden State’s problems, despite what pundits might say.

It remains to be seen how the Warriors will rebound from one of the worst starts by a defending champion in NBA history and there’s no guarantee that trading for Durant will solve those issues. 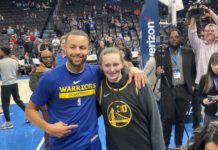 Why Steph Curry is underpaid despite having NBA’s highest salary

How To Bet On The Breeders Cup With Wisconsin Sports Betting Sites For Horse...