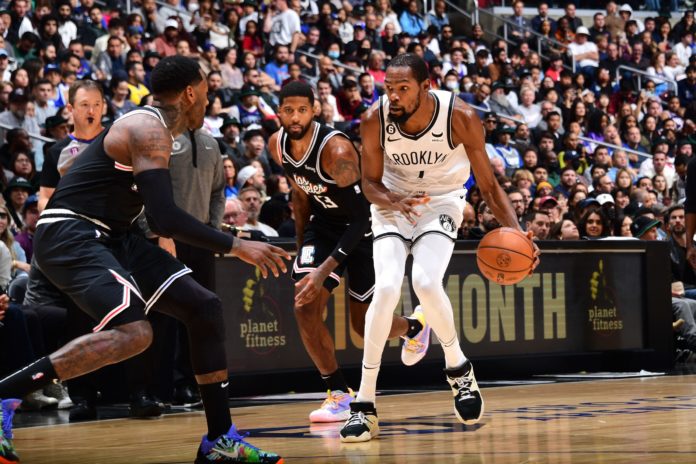 The Brooklyn Nets find themselves at the peak of controversy once more.

This time, arguably their best player, Kevin Durant, spoke out on the blockbuster trade request he made in late June; the two-year drama centered around point guard Kyrie Irving and where their roster currently rests.

Durant essentially took the biggest challenge of his career by joining the Nets in 2019 after winning two titles as a member of the Golden State Warriors. Since then, Durant has only made it as far as the second round of the playoffs, and he believes former coach Steve Nash wasn’t able to bring out the best of the Nets.

“Ask Steve Nash; you can go call him right now. I would say, ‘Yo, I need more closeout drills. We need to practice more.’ That’s what I was on,” Durant told Chris Haynes of Bleacher Report. “I wasn’t feeling that, and nobody was on that same vibe with me.”

The team’s commitment towards success last season was the breaking point for Durant. A team unwilling to spend extra hours in practice to improve their play resulted in No. 7 considering a run towards the exit.

“I had some complaints in the summer, and my complaints were not about just me; it was about how we are moving as a unit,” Durant said. “I want us to be respected out here in the basketball world. I don’t want players to look at us and say, ‘Oh man, these [expletive] are full of s—. That’s not the type of team I want to be on.’

“So when we’re all playing like s—, you know the one person they’re going to look at. That’s why I requested a trade.”

The Nets were able to keep Durant in the fold after a summer meeting with Brooklyn’s front office. It didn’t help that Brooklyn faced much scrutiny surrounding Durant’s trade request and free-agent negotiations with Irving.

Irving, who has refused to take the COVID-19 vaccine and was recently mired in controversy for posting a movie filled with anti-Semitic messaging that forced Brooklyn to suspend him indefinitely after he declined to apologize and disown the antisemitism in the film.

Irving’s constant sideline absence left Durant to defend his teammate and flex his leadership, telling reporters that he “can’t tell a grown man what to do.” Durant is making it clear he has accepted Irving’s availability, and it’s time to stop deeming the Nets as championship contenders. Durant subsequently asked, “what do you expect” from Brooklyn’s starters, and bluntly said the Nets are expected to win because he’s in the lineup.

“You expect us to win because I’m out there. So if you’re watching from that lens, you’re expecting us to play well because No. 7 is out there.”