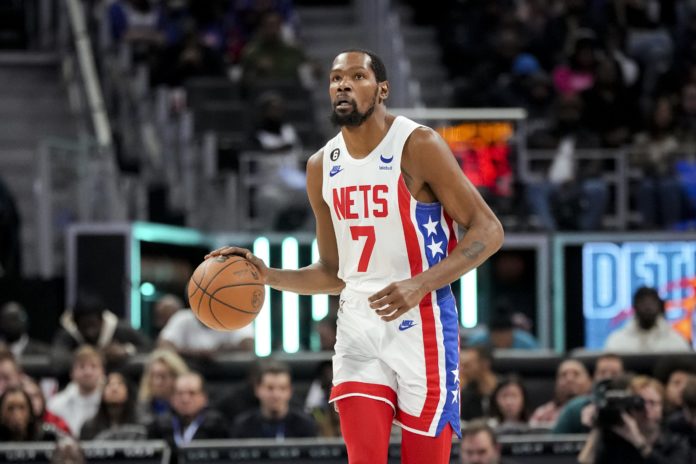 Kevin Durant is on milestone watch after dropping 43 points to beat Detroit 124-121 on Sunday.

The Sunday night effort puts him just 60 points short of passing Hall-of-Famer Tim Duncan (26,493) for 15th place on the NBA’s all-time scoring list. Durant will have a chance to break into the top 15 when the Nets host the Golden State Warriors on Wednesday and the Milwaukee Bucks on Friday.

KD scored 26 points in the quarter? Sheesh. (via @BrooklynNets) pic.twitter.com/MPSkiKBDu7

Durant is averaging 30.4 points per game; if he matches that production, he can pass Duncan on Friday and enter the Top 10 of the all-time scoring list by the end of the regular-season if he scores 973 points over the next 32 games. KD will join seven other players that rank in the Top 14 in both total career points and career scoring average.