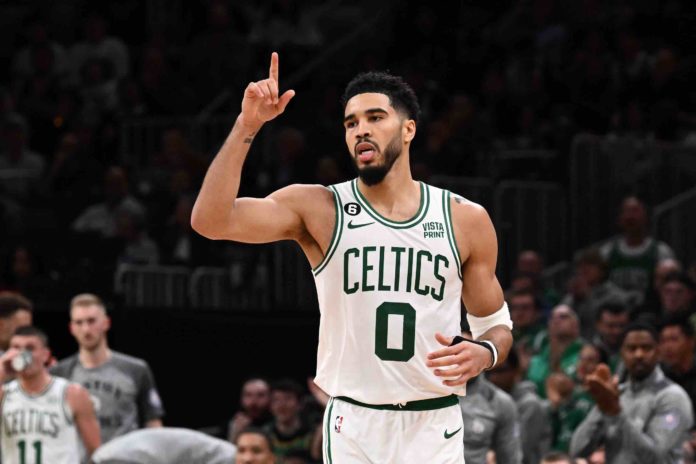 Jayson Tatum’s on fire! He did not only achieve his own career high 50 point game mark this Monday, but also surpassed Larry Bird’s historic Celtic record with 51 points total against the Charlotte Hornets.

It was the final minute of the match and the green foward must’ve known he has about to write a new piece of history for his club. From the wing, Tatum scored another three-pointer to become Boston’s first player to achieve his fifth 50-point game, after legend Bird reached the mark four times including a career-high 60 points in a 1985 victory against the Hawks.

58.3% of Jayson’s shots behind the three point line went in, scoring his seventh of the day, adding to his 51 point total. He also provided five assists and won nine rebounds against the Hornets, to become the Player of the Game. Boston won the game 130-118.

Tatum cannot be stopped as he is living the best performance’s of his career so far. Tatum overcame the 40-point mark with 3:59 to go and went on to add 11 more until the final buzzer. His 51 points are more than impressive especially because he only required 23 shot attempts to get to that mark, including eleven 2-pointers, 14 free throws and as we said before seven out of 12 three-pointers.

“Just how together we’re playing on both ends. We’re really getting almost any shot we want every time down the floor”, Tatum would go on to say after the game, which just goes to show how confident this Celtic squad is, following their seventh win in a row.

You can see his highlights in the YouTube link below:

He is also improving his average points per game record, having marked 26.9 in the past, now the 24 year old is up to 30.6 this season. His personal trainer Drew Hanlen said in an interview last week with Basketball New’s Alex Kennedy that losing 2022 NBA Finals at the hands of the Golden State Warriors was a turning point in the foward’s career. The St. Louis native and his trainer wrote to each other right after the Finals, promising the player’s best version yet, after being so close to tasting the Championship’s glory.

This isn’t the first record Tatum’s beat his Celtics idol, as he overcame Bird’s career total of 649 3-pointers for Boston. With his latest seven against Charlotte, the foward’s career tally have reached an amazing 969. There is no doubt the modern game has changed a lot, especially since the 1980’s, as you can read in our latest report on why this season holds the record for most players past the 20+ points per game in all NBA history.

What a day to celebrate!

Today was not just any day in the United States, as January 16th is celebrated as Martin Luther King’s day. The player did not miss the opportunity to thank the revolutionary King for dreaming a dream so big, that nowadays players like Jayson can have dream’s of their own.

“We are all blessed and honored to be able to play and represent Dr. King, his legacy, and his family.”

The Boston Celtics maintain their lead as No.1 in the Eastern Conference with 33 wins in 45 games of regular season. Now they prepare to face two more games this week, a perfect match for sweet revenge against the Golden State Warriors on January 19th at the TD Garden, following a road game on Saturday 21st against the Raptors. 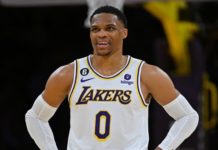