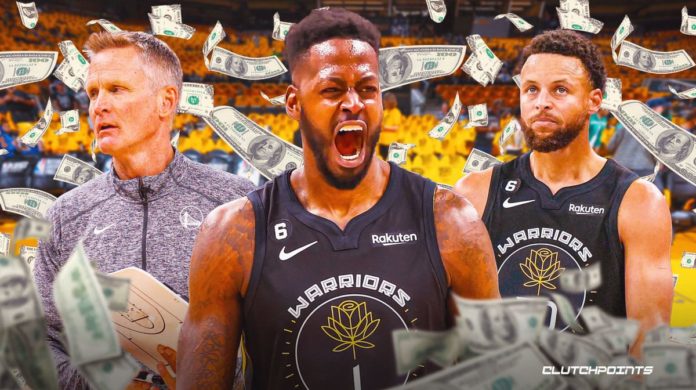 JaMychal Green logged 17 minutes for the Golden State Warriors on Wednesday in what turned out to be a disappointing loss to the Phoenix Suns, 130-119. Unfortunately for him, the 32-year-old veteran has now been slapped with a hefty fine by the NBA for an untoward exchange with a referee during the game.

Green will now need to pay up $20,000 for “directing profane and derogatory language to a game official.” This comes via NBA Communications on Twitter:

The following was released by the NBA. pic.twitter.com/skmfgEEeB3

Green didn’t do much during his time on the floor against the Suns, finishing with two points on 1-of-7 shooting, two rebounds, and one turnover. To make matters worse for him, he’s now going to be $20,000 poorer after complaining too much to the referees.

This recent development further compounds what has been a tough stretch for the Warriors of late. The Dubs lost their tenth game of the season on Wednesday, and it also so happens that they still haven’t won a road game all year long. Their most recent defeat in Phoenix was their ninth loss on the road.

Warriors head coach Steve Kerr wasn’t a happy man after another defeat, and he did not hold back in blasting his team after their sub-par effort against the Suns. This was despite the fact that Stephen Curry went bonkers with a mind-blowing (and wasted) 50-point effort.

For his part, JaMychal Green is currently on a one-year minimum deal with the Warriors. The 6-foot-8 power forward is currently averaging 4.8 points and 4.5 rebounds in 17.0 minutes per contest.