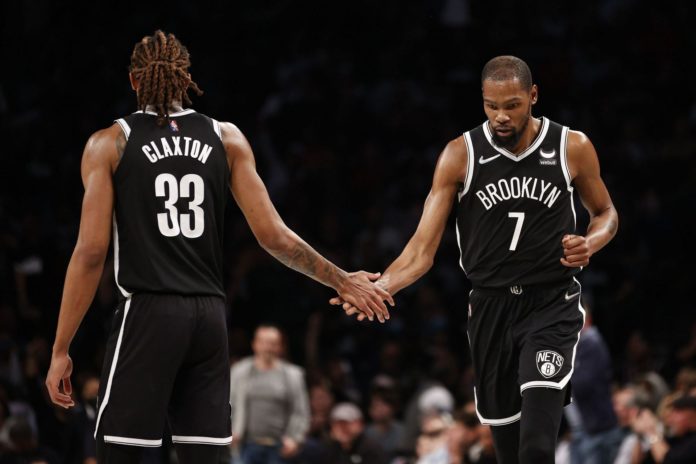 ESPN’s Michael Wilbon thinks Kevin Durant was too frank in his latest interview, during which he was critical of the Nets’ lineup around him. Here’s what Durant told Bleacher Report’s Chris Haynes:

“Look at our starting lineup. Edmond Sumner, Royce O’Neale, Joe Harris, [Nic] Claxton and me. It’s not disrespect, but what are you expecting from that group?” Durant asked of B/R. “You expect us to win because I’m out there.”

Wilbon believes Durant wasn’t wrong about his assessment of the situation. Here’s what the analyst said on ESPN’s NBA Countdown show about this:

“That’s extreme candor… I’ve been doing this a long time. You don’t hear in-season, a star player, be that frank. And by the way, it sounds like, ‘oh my god he said it,’ and then you go, ‘you know what he’s right.’

“Now I don’t know how that’s gonna play in the locker room. We’re talking about a superstar who asked for a trade once this summer.”

The Brooklyn Nets don’t have adequate depth around the team’s superstars. They are missing the services of the suspended Kyrie Irving. But even with him in the lineup, they haven’t been able to win games consistently.

He has been solid on both ends of the floor, but his performances have gone in vain. Key players like Ben Simmons and Joe Harris have struggled, while Seth Curry has been unavailable for most of this young season due to injuries.

Nic Claxton is their third-highest scorer at 11.5 points per game. He is the only player apart from Durant and Irving to average at least 10 points. The Nets are also among the worst defensive teams.

Also read: ”You trade Kevin Durant… It’s the others around him that have done him a disservice” – Former NBA champion gives a bold suggestion to Brooklyn Nets

Kevin Durant seems to have accepted the harsh reality that the Brooklyn Nets may not be able to compete for a title with their roster as presently constructed. The 14-year-veteran has picked the positives out of this dismal season so far. Durant told Bleacher Report that he is happy with the grind under new coach Jacque Vaughn and alongside the team’s young players. Here’s what he said:

“I’m really having a good time. I wish y’all could hear me talk during the game. If I got mic’d up more, people would stop asking me if I’m happy or not. I’m enjoying every moment I get to step on this f**king court.”

Kevin Durant cited his Achilles tear in 2019 as one of the reasons why he enjoys playing regardless of the situation. The Nets are 6-9 right now, but with Durant looking committed to the team and playing at a high level, they could improve as the season progresses. They’ve shown glimpses of their potential under new coach Jacque Vaughn, so there is some hope for them to turn the corner.

Also read: Former NBA champion praises Durant leading the way for Brooklyn Nets without Kyrie: “Kevin Durant goes back to being the best player in the league conversation”

Lakers News: This Element Of L.A.’s Offense Has Helped Lead It To An Undefeated...

How to Bet on NBA Games in Maine