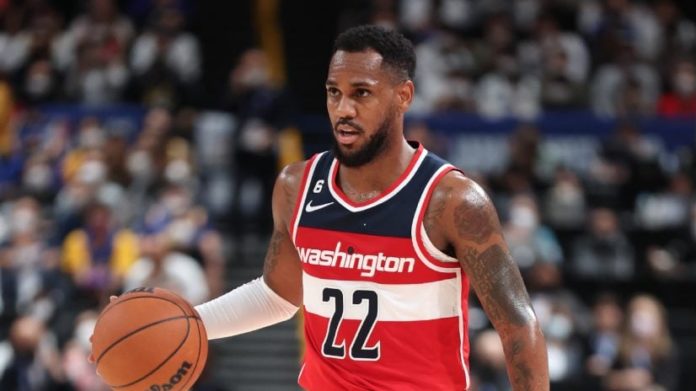 Gilbert Arenas, Rod Strickland, and Earl Monroe are just some of the guys that have started at point guard for the Washington Wizards franchise. John Wall was expected to be the best ever, and he sure made a strong case for that, but injuries and that massive contract ended his tenure in the nation’s capital.

The Wizards later turned to Russell Westbrook to try and make the most of Bradley Beal’s talents. And while Russ was mostly solid in D.C., it became evident that they needed another profile at the PG position to thrive.

Spencer Dinwiddie was supposed to be that guy, but it never worked out. Now, the Wizards have turned their attention to a lesser-known, lower-profile kind of guy in Monte Morris. But against all odds, it seems like they’ve finally found their guy.

Is Monte Morris A Good PG For The Wizards?

One of the best Iowa State basketball players ever, Monte Morris fought his way to the top. He spent most of his first year in the G-League before working his way to the Denver Nuggets rotation, even becoming their starter once they lost Jamal Murray for the season.

While not the most impressive athlete or a stat sheet stuffer like Wall or Westbrook, Morris was an efficient player and a net-positive on both ends of the floor for the surging Nuggets. And he’s been precisely that for the Wizards since arriving in D.C.

Morris’ usage rate is nowhere near Westbrook’s or Wall’s. He doesn’t need to have the ball in his hands to make an impact, as he’s a willing defender who doesn’t stand still when Bradley Beal is running the offense, even if he’s not exactly a physically imposing presence at just 6’2’’.

He’s a perfect complement for the more aggressive Beal. He’s got an elite assist-to-turnover ratio (4.78 per his career, nearly twice as much as Westbrook and Wall) and is great at taking care of the basketball, which is just what Beal needs of his backcourt mate.

This blend of shooting and ball security potentially makes Monte Morris the most efficient point guard Bradley Beal has ever shared a court with, and as Beal’s own usage rate continues to live above 30%, this may be the best fit for his career as well.

Morris is averaging nearly 6 assists per game for the Wizards, trailing only Beal in that regard. He’s an extension of the coach on the floor who won’t try and overdo things, mostly because he knows and embraces his role within the offense. He’s not an All-Star, nor he asked to be that kind of player.

Beal looks quite comfortable next to him, mostly because the Wizards have also put together a balanced core around them. It’s not a one or two-man show anymore, as Kristaps Porzingis, Will Barton, or Kyle Kuzma can get buckets if needed. They’re a well-round team with an unselfish point guard who’ll look to feed everybody and allow all players to get their shots before even thinking of driving to the rim.

Of course, this is not the fancy PG profile that Wizards fans have been accustomed to over the years. But how far has that gotten them thus far? They needed someone who could maximize Beal’s efficiency by taking some playmaking duties off his shoulders and helping him get to his spots, and that’s what Morris does.

Also, there aren’t many starting-caliber point guards making less than $10 million per game, so he’ll also be key to keeping this promising core together for years to come.

Is It Legal For Basketball Players To Use CBD Oil?