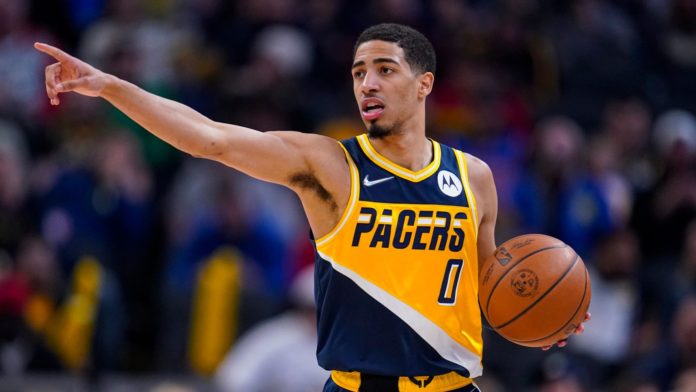 Pacers superfan Aaron Eamer assesses the 2021-22 season for his team, and then casts an eye ahead to the 2022-23 campaign for Indiana.

Where my love for the NBA and the Pacers came from…

I became an Indiana Pacers fan by accident really. I wasn’t into basketball until I was 16 and on a family trip to the west coast of the US. I fully realise how this story is already confusing because the Pacers are very much an Eastern Conference team. The first stop on the trip was to Las Vegas and as a 16-year-old in Vegas there was nothing much to do. As I was flipping through TV channels, I decided to stop on basketball and ultimately said to myself, “whoever wins this game, then they can be my team”. The game was back in 2004 as the 46-33 New Jersey Nets met the 59-21 Indiana Pacers and it all spiralled from there.

There’ve been a huge volume of ups-and-downs as a Pacers fan since. Only seven months later, the team I’d just watched lose out in the Eastern Conference Finals were dismantled as Defensive Player of The Year Ron Artest ran up into the crowd and threw punches at a fan, in what became known as “Malice at The Palace”.

I’ve since managed to visit Indianapolis on three occasions and have seen the Pacers play 42 times in person now. I’ve had tours of the arena, the practice facility, met Adam Silver, met the Simon family (Pacers owners), met Reggie Miller and played pop-a-shot with Corey Joseph. I have a Pacers tattoo, a signed basketball and a signed Reggie Miller jersey up on the wall. Indiana at this point really is a second home to me, not just because of the basketball experiences but the friends I’ve made there too. Just do a Google search for “English Pacers fan” and see what pops up.

The 2021-22 season when looking at it retrospectively, was fine. At the start of it, we were hoping we’d finally get to see the group of Brogdon, LeVert, Warren, Sabonis and Turner get a run together without injury problems. Unfortunately, those injury problems continued and the front office finally issued the go-ahead to quit on the stance of “run it back” and moves were made to look to the future. Only one of that starting five still remains in Indianapolis.

I was never all-in on that team being a force and felt like the Sabonis and Turner experiment had run its course. We’ve since managed to pick up one of the premier young guards in the league by moving Sabonis for Tyrese Haliburton. If we’re grading the season based on expectations at the start – ungraded. There were too many changes to consider the season worth grading at all. But if we’re grading the roster changes, I think anyone who follows the league closely would give you a much different answer.

Points of note from the 2022 NBA Draft

Coming into the 2022-23 season, the fanbase feels refreshed, positive and hopeful for the future. Nobody is expecting wins now, it would be a silly expectation, but there is a feeling that we are beginning to build something worth watching and something that will be fun to see develop.

We’ve drafted at our highest spot since the late-80s and taken a high-energy, high potential guard to pair alongside Tyrese Haliburton in Benedict Mathurin. The two look like they should link-up and develop nicely alongside one another. Haliburton could legitimately average 20-and-10 this season whilst Mathurin should find himself on an All-Rookie team come the end of the season if he does himself justice.

Assessing the offseason for the Pacers

The Pacers have managed to tie-up Jalen ‘Redacted’ Smith after receiving him in a mid-season trade. He really began to show why he was drafted at No 10 overall by Phoenix just two years ago – the same draft as Tyrese Haliburton (who was taken two spots later at No 12). He never got the time to show what he could do with the Suns due to their sudden title pushes but could be a bit of a revelation next season for the Pacers.

Deandre Ayton almost came over to join his former teammate in Indianapolis in free agency too, and I say “almost” but think it was always a longshot that the Suns weren’t going to match the offer sheet any other team laid out for him. If Ayton were to have teamed with Haliburton and Mathurin, things truly would’ve become one of the fastest and most exciting young teams in the league. It just wasn’t to be.

One question remains though, is Myles Turner happy? Turner would almost certainly have had to have been traded if Ayton joined Indiana and may well find himself moved at some point. His deal is running down and by the end of it, he won’t be on the same timeline as the young players we’ve touched on already. It might just be time to add another asset or two, as we did with Malcolm Brogdon.

With Brogdon, many people look at the deal as the Pacers trading him “for a bag of chips”, but what the Pacers got from their perspective is a late-first round pick in 2023 to pair with a couple of others they already hold, a lot of financial freedom (to make potential offers like the Ayton one possible) and yet another 2020 lottery pick we can give a chance to in what is not a win-now situation in Indiana. That 2020 pick, Aaron Nesmith was taken No 14 overall that year, giving Indiana the 2020 draft’s No 10, No 12 and No 14 along with 2022’s No 6 (Mathurin) and 2021’s No 13 in Chris Duarte, who had a reasonably impressive season himself, in spite of all the roster inconsistencies with multiple trades and injuries.

The Pacers’ aims for next season

Next season isn’t a season for getting wins and challenging for a playoff spot, it’s entirely about seeing the players we have develop. It’s about seeing if Jalen Smith and Aaron Nesmith can prove they have a level above what they’ve been allowed to show so far. It’s about Tyrese Haliburton and Benedict Mathurin’s development, both together as a 1-2 combo and as individuals. After the trade, Haliburton averaged 17.5 ppg, 9.6 apg and 42 per cent from three. If he can push on from there and hit it off with Mathurin, it should be fun.

The Pacers have a promising young team at the moment and to the most part, we’ll be looking at the bottom end of the league standings more than up it this year. That just means we’ll be looking to add one more young body to the group in the 2023 draft and the front office will be actively looking around the prospects all year long to get that decision right come June.

Why should people watch the Pacers?

If you’re looking for a young, quick team with no expectations upon their shoulders in 2022-23 then Indiana are a reasonable bet to provide a few highlights. Will they find themselves on national TV often? Probably not. But dig deeper and see these guys at the beginning of their rise. There’s nothing quite like supporting an underdog and being there from the start of a new chapter. I’ll be satisfied at Indiana missing out on a Most Improved Player award this time around though!

Luka Doncic: ‘I Let My Team Down’ After Slovenia Falls Short to Poland

Why are all NBA Players Wearing the Number 6? – SportsLogos.Net News

“I think I’m one of the best offensive players and talents the NBA has...