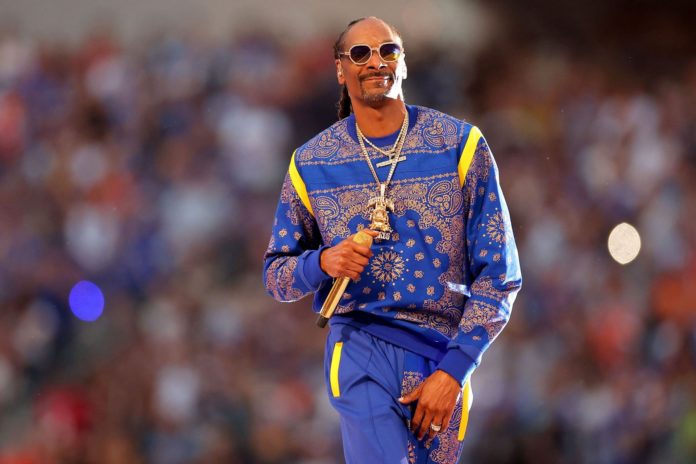 The LA Lakers were on a roll during their 2002 NBA championship win. They were the two-time defending champions entering that year. The Lakers played an inexperienced New Jersey Nets team in the finals led by former Lakers player Byron Scott.

The Lakers went 3-0 up, and many believed they were heading toward a series sweep win to record a three-peat. Rapper Snoop Dogg, a hardcore Lakers fan, was among those confident that LA would sweep the Nets that year.

In the recent episode of Hulu’s “Legacy: The True Story of the LA Lakers,” Snoop Dogg said he watched Game 4 on the road. He knew the Lakers were potentially wrapping up the finals on the Nets’ homecourt:

“I knew we was going to sweep these motherf**kers. So I’m in New Jersey, Game 4, on the floor. Me and Nate Dogg, with my sparkles and my ‘8’ jersey on. We were destined to win it.”

The Lakers were unstoppable. Shaquille O’Neal was at the pinnacle of his career, while Kobe Bryant came into his own as one of the best players in the league. O’Neal averaged 36 points and 12 rebounds, winning his third Finals MVP. Bryant played an excellent cameo and averaged 26.8 points, 5.8 rebounds and 5.3 assists.

Only a handful of teams have recorded a three-peat in the NBA. Shaquille O’Neal- and Kobe Bryant-led LA Lakers remain the last team to achieve the feat. The Miami Heat (2014) and Golden State Warriors (2019) came close. They managed to make three consecutive finals appearance after going back-to-back but failed to win the three in a row.

20 years ago today, the Lakers win the 2002 NBA championship

The last team to 3-peat

20 years ago today, the Lakers win the 2002 NBA championship 🏆The last team to 3-peat https://t.co/ByXicaeznK

The league has also evolved during that stretch. Each season is becoming unpredictable, with both conferences stacked with legitimate contending rosters. It shows that it’s one of the toughest achievements for any team, especially in today’s NBA. Even winning back-to-back championships seems difficult.

O’Neal’s prowess inside the paint and Bryant’s threat from the perimeter made them an unstoppable force. They also had to deal with the pressure of forming another dynasty for the LA Lakers. They had to match the success of Magic Johnson and Kareem Abdul-Jabbar from the 1980s.

O’Neal and Bryant had their fair share of ups and downs, but they managed to bring back glory to the Lakers in style. Bryant led the Lakers to two more championships in the same decade. Barring their 2019-20 championship win, the Lakers haven’t been able to match those heights.

It’s a testament to the expectations of being a Laker and how Shaq and Kobe succeeded at continuing the Lakers’ legacy.