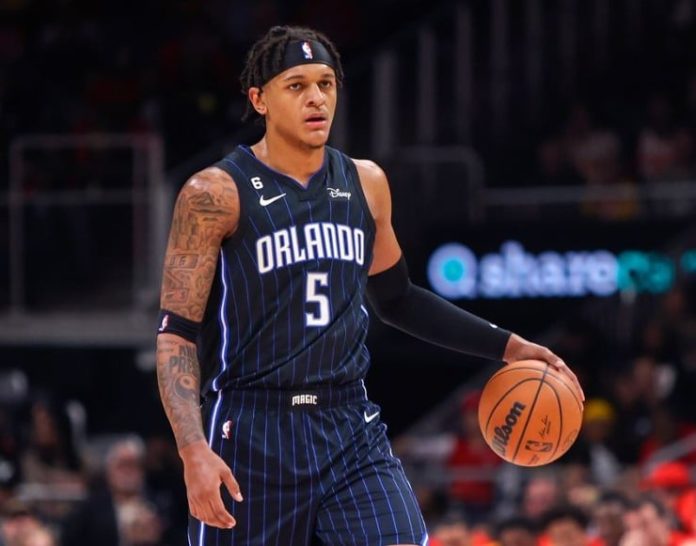 The start to the 2022-23 season for the Orlando Magic was not particularly favorable, but the team has been trending upwards in the last two weeks. Orlando are 6-4 in their last ten and are on a six-game win streak. Over the weekend, the Magic did the impossible beating the Boston Celtics in consecutive games. Magic rookie PF Paolo Bacnhero said the team used a former players trash talk as added motivation for their second matchup last night.

Number one overall pick in the 2022 NBA draft Paolo Banchero has lead the Magic is scoring nearly all season with (22.0) points per game. He also averages the most minutes per game (34.8) of any other player on the team. Orlando had an impressive 117-109 win vs the Celtics on Friday night and an NBC Boston analyst went on a rant after the game and called the Magic “garbage”. Little did he know that would light a spark for the opposing team.

NBA betting sites have the Magic at (+40000) to win the Finals this season.

A six-game win streak capped off with two straight wins vs one of, if not the best team in the NBA this weekend is momentum in the right direction for Orlando. The Boston Celtics have now lost four of their last five games and have slipped to second in the Eastern Conference. After their 117-109 win on Friday night, NBC Sports Boston analyst Eddie House, a former NBA player, said that the magic were “still not a good basketball team” despite a five-game win streak at the time.

Magic players took that personally, especially Paolo Banchero. He had this to say after Friday night’s win vs Boston.

“I’d be lying if I said we didn’t see that. It definitely lit a fire under some of the guys, and just the team in general. It’s clear that a lot of people still don’t respect us so we’re just gonna have to go out game by game, lock in, and eventually, it’ll be earned,” – Paolo Banchero

He mentioned how this was the motivation that the team needed to stay on track and be able to escape with a 95-92 win on Sunday vs the Celtics. Both games were on the road for the Magic, but they stayed true to themselves and did what they needed to get a win. Banchero had 31 points last night vs Boston.