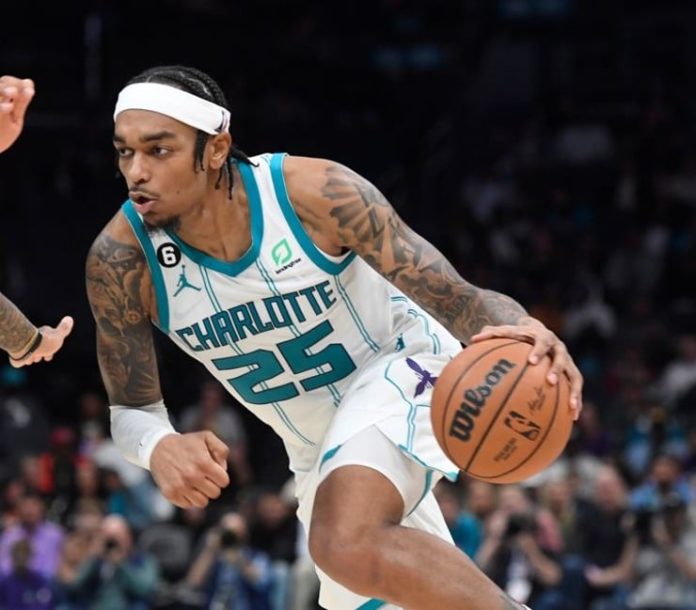 The Charlotte Hornets are interested in retaining forward PJ Washington this offseason, per multiple sources. Washington is currently in the final year of his original contract, but he also earned an $8.4 million qualifying offer for the 2023-24 season. His $5,808,435 team option for this season was exercised in October 2021.

Upon further review of some NBA betting sites, the Hornets possess the fourth-lowest odds to win the championship. Sportsbooks and bettors are not anticipating a playoff appearance this season.

Through 48 starts this season, PJ Washington is averaging a career-high 15 points per game. For other statistics, he’s also logging 4.6 rebounds, 2.3 assists, and 1.1 blocks per contest. Plus, he’s shooting 44% from the floor and 35.8% outside the arc.

Hornets are expected to keep PJ Washington this offseason during restricted free agency, trade for a player?

However, Charlotte is more than a superstar away from becoming legitimate title contenders. Also, fans are unsure on the futures of Gordon Hayward and Terry Rozier. Hayward is signed to a four-year, $120 million contract. In the minds of many Hornets fans, the 13-year veteran is one of the most overpaid players in the NBA.

Hayward made only 49 appearances last season and 44 in the 2020-21 season. The 32-year-old has not played at least 70 games since the 2018-19 season. On the other hand, Washington has proven his worth in less than 240 career appearances.

The Phoenix Suns have started to assess their future without Chris Paul, per @TheSteinLine

While PJ Washington is worth a contract extension, Hayward is not, all things considered. Of course, the Butler product has struggled to stay healthy from one season to the next. Bear in mind, he will not become an unrestricted free agent until 2024.

Additionally, Rozier is having the best season of his eight-year NBA career. He’s averaging career highs of 21.3 points and 5.2 assists through 39 starts with the Hornets. Is he playing his way out of a Charlotte uniform?

Perhaps some executives out there feel Rozier deserves a better team. The Dallas Mavericks and Phoenix Suns are among the teams interested in trading for the breakout star.

Drama Continues To Brew In Toronto As Nick Nurse Had ‘Intense’ One-On-One Meetings With...

James Harden On Re-Signing With the 76ers: ‘This Is Where I Want to Win’