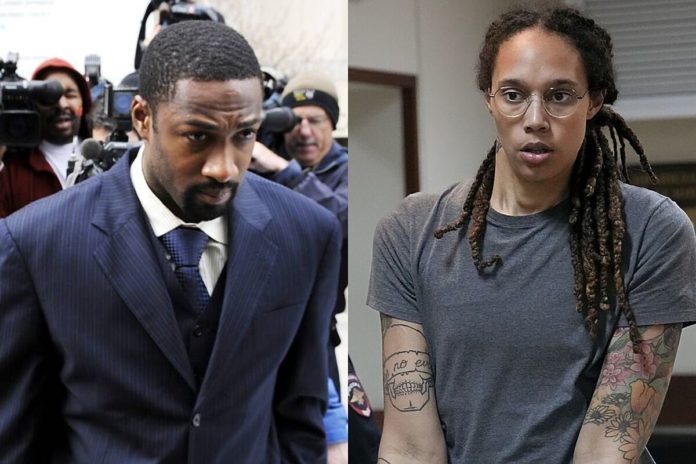 Even if the WNBA is possibly the biggest women’s basketball league in the world, there is still a significant compensation gap between NBA athletes and WNBA stars. Notably, male athletes make 41 times more money on average than WNBA players do.

Female professionals must also find a different approach to make up for this and demonstrate their effort. As a result, they frequently play abroad during the off-season. And one such player is Brittney Griner, one of the WNBA’s brightest stars.

Griner represents the UMMC Ekaterinburg in basketball in Russia. The eight-time All-Star has spent seven seasons with the group. As she prepared to play for the franchise, she came into difficulty.

Griner was detained at a Russian airport earlier this year for bringing unlicensed cannabis oil cartridges into the country. The Phoenix Mercury center even went through a protracted trial after her initial imprisonment. The result stunned the basketball community as Russia jailed the WNBA star for nine years.

Gilbert Arenas, however, asserts that there might be an additional justification for Griner’s detention. In particular, he believes Russia is enticing her to join their side.

Brittney Griner might be more important to the Russian league than the WNBA, according to the former NBA All-Star. Arenas compared her predicament to that of Stephon Marbury, a well-known basketball legend on a global scale.

Arenas believes that Griner has the same potential as the former NBA player who became a star in Beijing and that Griner’s nine-year sentence may not stand.

“Rumor is this ain’t her first time being arrested in Russia. Let’s just say she is the queen of Russia. So whatever she wants, she gets,” says Arenas.

Agent Zero dove further and said, “Vape pens and stuff like that, you are carrying that with you from country to country, state to state, city to city. So for them to actually bust you, they already knew you had it on you. So it was more of a trap if we can get these two players and I’m one of those people that’s like, ‘I don’t believe you'”.

Brittney Griner, a player for UMMC Ekaterinburg, was the current champion in Russia. With the exception of the two-time Defensive Player of the Year, the franchise was loaded with WNBA talent. WNBA All-Stars Breanna Stewart and Courtney Vandersloot are just two examples of the players who played alongside Griner on the field.

Griner was a Russian celebrity who made far more money than her WNBA salary. Notably, Griner earned $221,450 during the 2021 WNBA season.

However, she received a $1 million pay check for her winter excursions to Russia. Griner ruled Russia, earning more than four times her base pay.

Darvin Ham after Lakers’ win vs Nuggets: “Tonight we needed to prove something to...