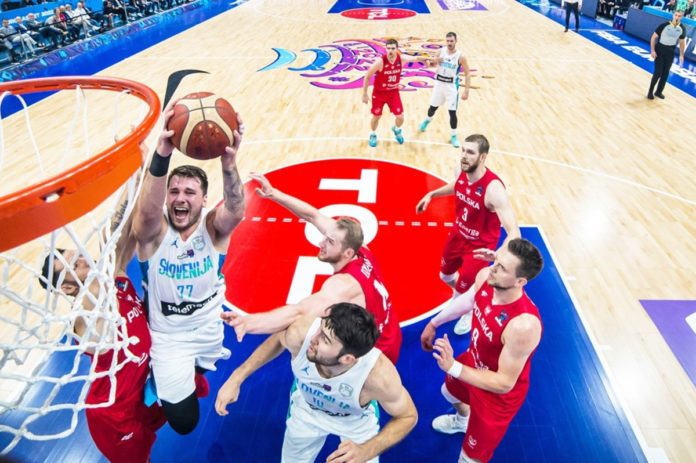 Luka Doncic looked basketball ready this summer, as he put on a show for Slovenia during EuroBasket. In the final five games, he tallied 148 points in over 179 minutes.

His best performance came on Sept. 7 against France, where he dropped 47 points, the most by a single player in over 65 years.

So what are the chances Doncic may have been overworked this summer? Could the tournament affect NBA players who participated?  Should the Dallas Mavericks be concerned about his stamina?

ESPN’s Kevin Pelton answers the three, as he discusses the possibility of wear and tear.

“More than two dozen NBA players represented their countries in the latest installment of EuroBasket,” Pelton wrote. “The extra mileage on star players heading into the season could be a concern, but the track record of these stars suggests it hasn’t been an issue in the past.”

Last season, Doncic competed in the 2021-22 Olympics, as he scored 143 points in 197 minutes. A month later, he came into training camp 30 pounds overweight.

As the season progressed, analysts started to take notice of his weight and even pointed out that he was “plodding up and down the court.”

Eventually, the Mavs star began to incorporate cardio and weight training into his routine, as he lost 20 pounds by March.

“Doncic took the court for his country in last summer’s Olympics,” Pelton wrote. “Although enough time passed after that competition for Doncic to enter training camp heavier than his normal playing weight –he showed plenty of stamina taking Dallas to this year’s West finals.”

Pelton suggests that Doncic’s weight “shouldn’t be the case this time around.”

As for players such as Jokic and Giannis Antetokounmpo playing summer basketball didn’t seem to have any past effects.

After the 2019 World Cup, Pelton wrote that Jokic returned to play all 73 games for the Denver Nuggets, whereas Antetokounmpo came back to win his second MVP award.

Mavs fans can catch a glimpse of Doncic’s weight in a week, as training camp begins Tuesday, September 27th.

Want the latest in breaking news and insider information on the Mavericks?

Candid Coaches: More than one year in, is name, image and likeness helping or...