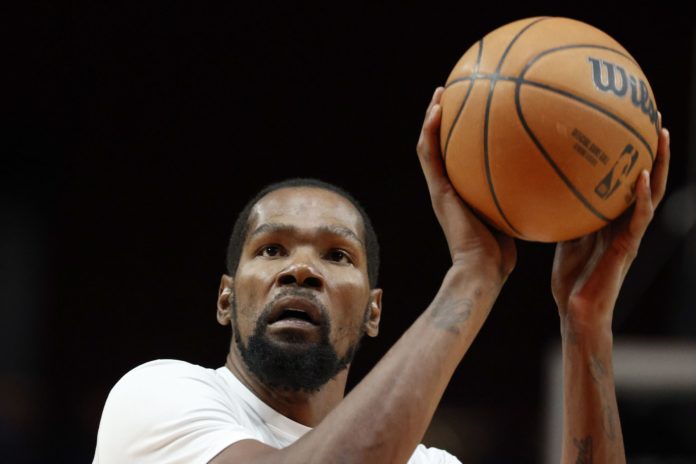 During the discussion, Gilgeous-Alexander reasoned that Kevin Durant’s height combined with his guard-like skill set is what makes him the most skilled. SGA likened Durant to a taller version of Golden State Warriors superstar point guard Steph Curry.

“Kevin Durant is seven feet tall and can do everything Steph Curry can do. Come on,” SGA continued.

“Kobe is Michael Jordan on steroids”

Shai Gilgeous-Alexander: “Kobe is Michael Jordan on steroids”“Kevin Durant is 7 feet tall and can do everything Steph Curry can do” https://t.co/vYJck6cY23

Shai Gilgeous-Alexander also provided the youngsters with his ranking of the overall top three players of all time. SGA first argued that late LA Lakers legend Kobe Bryant is the GOAT. He likened Bryant to an enhanced version of Chicago Bulls legend Michael Jordan.

The fans then explained that they were talking about the all-around best player. They then suggested LA Lakers superstar forward LeBron James as the best all-around player in NBA history. SGA still stuck with Bryant though.

“I’m saying all-around, Kobe Bryant. … Competitive nature, championships, it’s a lot of stuff that goes into it. Remember I told you that,” SGA responded.

Shai Gilgeous-Alexander still has LeBron James very high on his all-time ranking though. SGA said that he has James second, followed by Jordan third.

This is a slightly controversial opinion as the majority of NBA fans typically consider Michael Jordan to be the GOAT. However, as SGA mentioned, Bryant, James and Jordan are all-time greats so there’s no objective right or wrong answer.

Kevin Durant on being disliked by most NBA fans

Kevin Durant may arguably be the most skilled player in NBA history, but he’s also one of the most hated by NBA fans as well. Durant was asked about what makes fans hate him and the rest of the Brooklyn Nets so much, following their Tuesday night loss to Philadelphia. Durant reasoned that hate is just a fan’s way of expressing love as they still enjoy watching the Nets play.

“A lot of stuff that probably factors into it. NBA fans really got love for you. It’s just misplaced love, I guess. At the end of the day people enjoy watching us play,” Durant said.

Kevin Durant may never be as beloved by NBA fans as players like Kobe Bryant and Michael Jordan. But he’s certainly right that fans still enjoy watching him play, as evidenced by the strong reactions to Brooklyn’s early-season struggles.

Also read: “Come out in the next 20 games, play; Without any nonsense” – Zach Lowe wants Brooklyn Nets to focus on basketball after getting complete roster back

Fred VanVleet: I would not trade Scottie Barnes for Kevin Durant