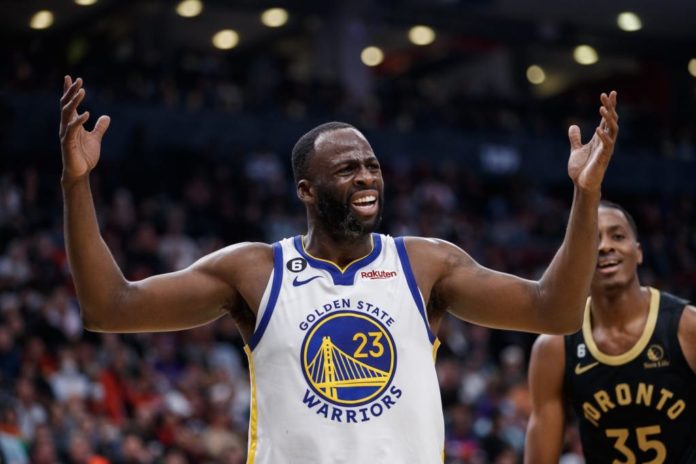 Draymond Green sees the Warriors as “very fragile” after a rough patch of losses on the road.

The Golden State defensive star saw the Warriors trudge through a 1-5 road trip, one which included two blowout losses against the Knicks and Nets. The defending champions are currently 11th in the Western Conference with a 15-18 record – and they’re 3-16 while playing away.

“It’s not something that’s going to be fixed with the snap of a finger,” Green said to reporters Friday. “You’ve got to work through these issues to get that confidence. It’s just not showing up.”

Golden State is currently playing without Stephen Curry after the two-time MVP suffered a shoulder injury against the Pacers on Nov. 14. The Warriors have also been playing without key starter Andrew Wiggins, along with rotation players Donte DiVincenzo and JaMychal Green.

“As much as you’d like to think, ‘Oh, we’ll be fine and this guy will come back. …’ No, no, no, “Green said. “You’ve got to work [for] positive outcomes, positive feelings, that ultimately give you that boost of confidence…

“You can make what you want of it being on the road versus being at home, but it’s mental. It’s a team struggling mentally. And that makes it hard to overcome anything else.”

The Warriors will go back to the Chase Center on Sunday, where they will play a prime-time Christmas match-up against the Grizzlies.

Evan Mobley’s Teammates Are Impressed With His Development

Stephen Curry Was Once Refused Dinner by Sonya Curry in Order to Teach Him...

Ken Griffey Jr Doubles Down On Wanting To Bring His Father To LeBron James...