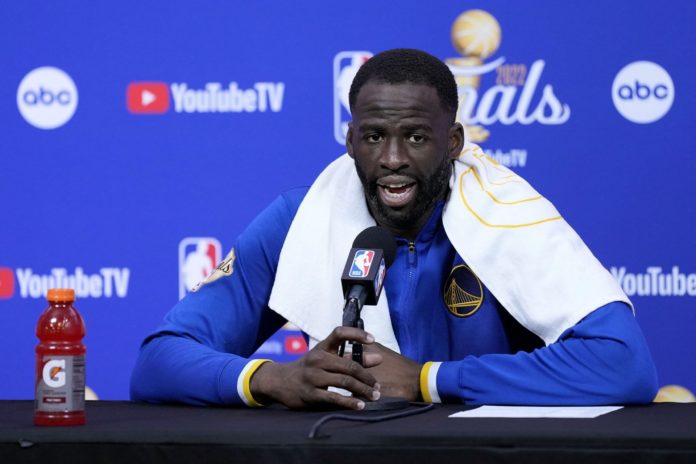 Draymond Green took to his podcast to voice his opinion on the changes that are likely to take place in the Collective Bargaining Agreement.

On The Volume’s “The Draymond Green Show,” he stated:

“Don’t just read the headline. Don’t get so caught up on the pretty headline that you miss the fine print. And the things that really do matter. Because quite frankly, if high schoolers start coming into the NBA, there’ll be seven of them drafted in a great year?

“Okay, so if there’s seven drafts in a great year, realistically, there may be three or four in a year most of the time? Okay. That’s three or four spots of the 60.”

“Harsher luxury tax penalties, that’s 60 to 80 guys not getting paid what they could possibly get paid. So, don’t let that go over your head. Pay attention to those small things and don’t get it twisted.”

The mutual opt-out date for the CBA between the NBA and NBPA is Dec. 15. The Athletic’s Shams Charania reported both parties are likely to agree upon some sweeping changes.

The most noteworthy changes to the CBA could include a change in the draft age eligibility from 19 to 18. This would mean that prospects coming out of high school could skip college and move straight to the NBA.

Other changes could include mental health designations in the injury report, potentially harsher tax penalties for teams and civility vis-à-vis fan and players.

Could Draymond Green and the Golden State Warriors repeat?

The Golden State Warriors are not in a prime position to repeat as champions. However, as Draymond Green once stated, nobody has ever beaten them when they’re whole. While this is certainly true, being whole has been very difficult for the Warriors since 2019.

An unprecedented run that started in 2015 ended in 2019 due to injuries and player movements. Kevin Durant signed with the Brooklyn Nets, while Stephen Curry and Klay Thompson were injured. Since then, the road back to the top has been arduous, and history suggests that remaining at the top is an even greater feat.

Since 2000, repeats have taken place on just four occasions and only three franchises have been able to do so. These three being the LA Lakers, the Miami Heat and none other than the Warriors.

The Warriors have some experience in repeating. But a strengthened West and rumblings around extensions and luxury tax woes could stymie the hopes of Bay Area fans.

Breanna Stewart Set to ‘Test the Waters’ This Offseason

“Brad Stevens has the green light to spend more”