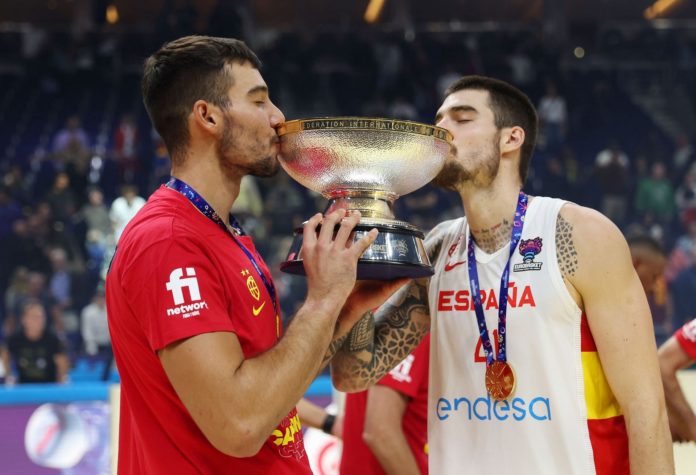 Spain has had a long history of being on top at EuroBasket. Rudy Fernandez, Paul Gasol and Felipe Reyes are in the top 15 for most medals won at the event. Pau Gasol is also the all-time leading scorer, with 1,183 points.

Spain has had four MVPs on their roster over the last six iterations of the event. Pau Gasol won in 2009 and 2015. Juan Carlos Navarro won in 2011, and Willy Hernangomez was crowned the MVP yesterday.

On the other two occasions, two notable NBA players secured the tournament’s MVP award. Spurs legend Tony Parker won it in 2013, and former Most Improved Player Goran Dragic won it in 2017.

r/NBA applauded Spain for their victory and had hilarious reactions.

(Sergio Scariolo is the head coach of the Spanish basketball team)

Juancho Hernangomez, a journeyman/bench player in the NBA, gained fame by making his acting debut in Netflix’s “Hustle.”

Bo Cruz! Getting it done. Love you Juancho. And Willie! Congrats to the whole Spanish team.

Bo Cruz! Getting it done. Love you Juancho. And Willie! Congrats to the whole Spanish team. https://t.co/TGIY2OYZJC

However, Juancho put his talent on display in the finals yesterday. He led all scorers with 27 points, shooting 7/9 from three-point range and 9/11 from the field off the bench. Juancho also had two steals and five rebounds.

France closed the gap to five points in the third quarter. However, Spain regained momentum, ending the game with a 12-point lead.