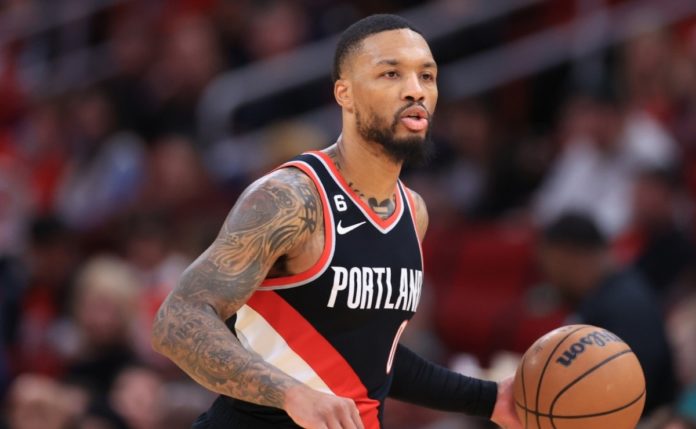 Even though he knows he’s right there with Stephen Curry, Damian Lillard feels like he doesn’t get the recognition he deserves as an elite shooter.

Three-point shooting has become one of the biggest pillars of modern basketball. Today’s NBA is perimeter-oriented, with players like Stephen Curry and Klay Thompson being guarded from all over the court.

That’s why players nowadays work tirelelessly in their shooting skills. Just a handful of players like Jimmy Butler or DeMar DeRozan have been able to be dominant scorers in today’s NBA without being solid three-point shooters.

Fortunately for the Portland Trail Blazers, they’re more than covered in that regard. They have the second-greatest three-point shooter to ever lace them up, at least, according to Damian Lillard.

NBA News: Damian Lillard Says Only Stephen Curry Is A Better Shooter Than Him

“I always see stuff on social media where they talk about the greatest shooters of all-time and they always act like it’s just crazy for people to mention me,” Lillard told NBA.com. “I think for how many threes I’ve made, for how consistent I make them, the level of difficulty that I shoot threes with over years and years and years, I just think it’s kind of crazy people don’t mention me in those discussions.”

“Obviously I think Steph is the greatest ever, but I think after him, I don’t see why I’m not clear-cut in that discussion, not just by makes, but how I shoot it, how I make tough ones all the time, how easy I shoot the ball. I’m looking forward to keep climbing that list so once I get up there in that top two, top three, I’m curious to see what people will say about me as a shooter at that point,” the point guard concluded.

That’s most definitely a bold take, considering there’s also Reggie Miller, Ray Allen, Peja Stojakovic, and even Klay Thompson. But Lillard has definitely worked his way up that ladder, so maybe, time will tell.

Why you should have a Private Basketball Coach

The Future Cost of being an NBA fan

Giannis: “Step by step, we have to get better.”

The Five: Everything to know for Week 1