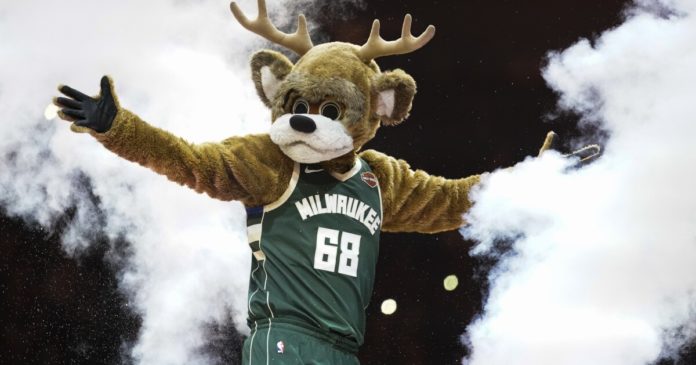 MILWAUKEE — Bango the Buck scored big after ranking No. 6 among basketball fans for the best NBA mascots!

In November 2022, NJ.Bet surveyed over 900 NBA fans nationwide to see which hype creatures on the court ranked the best and the worst. Out of the 28 active mascots, Grizz with the Memphis Grizzlies took the top spot, followed by Benny the Bull (Chicago Bulls), Moondog (Cleveland Cavaliers), Harry the Hawk (Atlanta Hawks), and Rocky the Mountain Lion (Denver Nuggets).

As for the worst? Mavs Man with the Dallas Mavericks fell to the bottom of the list, even after a recent rebrand in 2022. Jazz Bear with the Utah Jazz ranked No. 27, and Lucky the Leprechaun with the Boston Celtics ranked No. 26.

Each mascot could achieve a possible score out of five, and Bango scored 3.51. According to the NBA, Bango has been performing acrobatic dunks and stunts for the Milwaukee Bucks since 1977. Cartoon Network voted Bango as its first “Most Awesome Mascot.” He makes over 250 appearances in the Milwaukee community every year.

Below is the full ranking, according to NJ.Bet:

You can read the full survey over at NJ.Bet.

Report a typo or error // Submit a news tip

Jayson Tatum Opens up About Losing to Warriors in NBA Finals