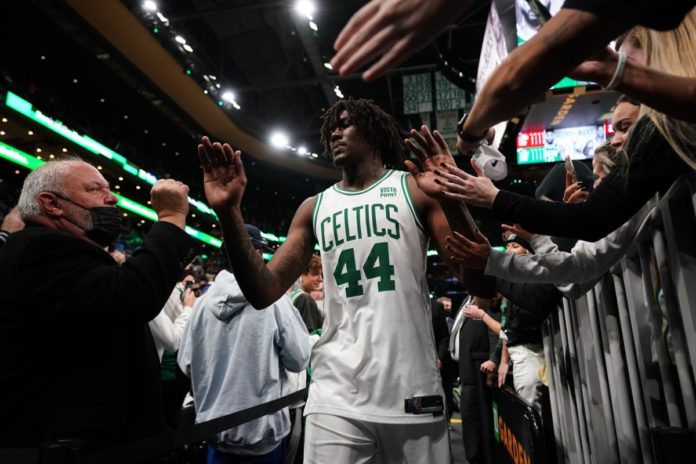 Already losing Danilo Gallinari to a torn ACL this offseason, the Boston Celtics continue to deal with injury problems following their defeat to the Golden State Warriors in the 2022 NBA Finals.

On Tuesday, ESPN’s Adrian Wojnarowski reported that Celtics big man Robert Williams III will now miss a chunk of time heading into training camp and the preseason since he will be undergoing an arthroscopic procedure on his left knee.

Williams will be sidelined four to six weeks and this procedure will keep him minimally out of the Celtics training camp and preseason. Depending on how he progresses following this procedure, Williams could wind up missing the start of the 2022-23 regular season for the Celtics.

It is worth noting that this is the same knee that Robert Williams had injured prior to the playoffs last season, as he had meniscus surgery in March and played through the playoffs with said injury.

In his fourth NBA season, Williams took a massive leap forward with Boston last year. In 61 total regular season games, he averaged 10.0 points, 9.6 rebounds and 2.2 blocks per game while shooting 73.6 percent from the floor.

Williams earned NBA All-Defensive Second Team honors for the first time in his career and was the anchor for Boston’s defense, the best defense in the entire league a season ago.

From being a lob threat to being one of the best, if not the best, shot-blockers in the league, Robert Williams has become such an integral part of this Celtics lineup, which is why they rewarded him with a four-year, $54 million extension last year.

The Boston Celtics are set to begin the 2022-23 NBA season on October 18 as they welcome the Philadelphia 76ers to TD Garden. This is one of two games that will be played on Oct. 18 on TNT as part of the NBA’s Opening Night broadcast.

When she was 8, she told Steph Curry ‘believe in yourself.’ Now she’s starring...