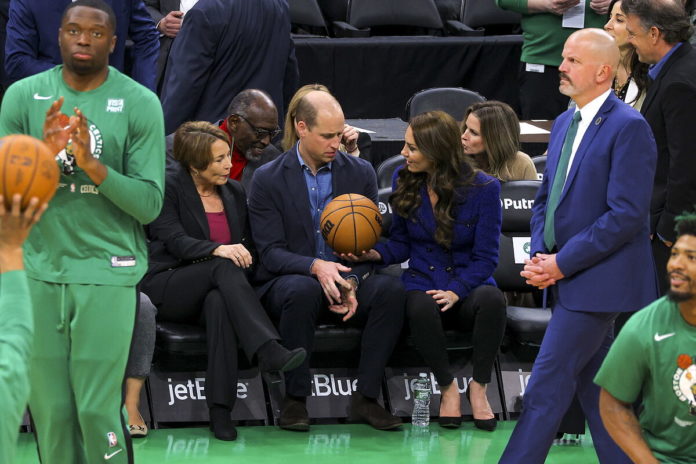 Prince William and Kate Middleton made their first visit to the United States in almost eight years. The current prince and princess of Wales are currently in Boston where William‘s eco-awards Earthshot Prize ceremony is set to be held on Friday.

As part of their visit to Boston, the members of the royal family decided to take in a game of basketball deciding to attend the game between the Boston Celtics and Miami Heat.

Following the Celtics‘ win, forward Jaylen Brown was asked what it was like playing in front of the royals. The Celtics player however was nonchalant offering a pretty straightforward answer.

No interest in the royal family

“It was just a regular game to me,” Brown stated.

The prince and princess of Wales arrived in America on the back of more race related controversy.

According to various reports, Lady Susan Hussey, the late queen Elizabeth II‘s lady-in-waiting for over 50 years and William‘s godmother made insensitive remarks towards Ngozi Fulani, the chief executive of Sistah Space, a not for profit aimed at helping women and families of African heritage in Britain who have suffered domestic abuse.