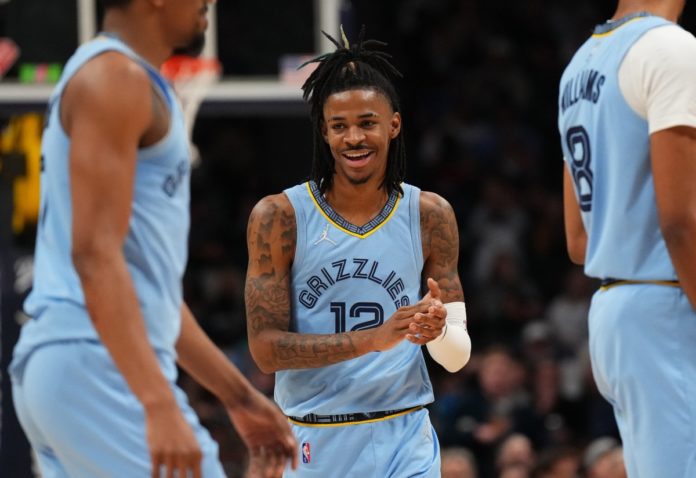 Very rarely do we see young, inexperienced teams take over the NBA and just flat out dominate, but this is exactly what we saw from the Memphis Grizzlies during the 2021-22 NBA season.

The year the Grizzlies had will forever go down in their franchise’s lore, as their 56 wins tied the team record for wins in a single season and suddenly, a new life has been given to an organization that has struggled to remain relevant in the Western Conference over the years.

In fact, this past season was the first winning season Memphis had put together since the last time they made the playoffs during the 2016-17 season. Posting a total of 56 wins, this marked the first time since the 2003-04 season that the Grizzlies had reached at least 50 wins.

Perhaps the biggest reason why the Grizzlies have suddenly found a ton of success is because of Ja Morant, who cemented his spot amongst the greatest point guards in the league right now with his play over the course of last season.

Finishing the 2021-22 season averaging 27.4 points, 5.7 rebounds and 6.7 assists per game, Morant was a first time All-Star and ended up being voted to the All-NBA Second Team for the first time in his career. To add onto the list of accomplishments for him, the former second overall pick was also awarded with the league’s Most Improved Player award.

When you look at the Grizzlies as a whole though, they found quite a bit of success with Morant off-the-court, as the All-Star point guard dealt with a handful of injuries last year that only allowed him to play in a total of 57 games.

Without Morant on the floor, Memphis posted a 20-5 record and really leaned on their depth with guys like Desmond Bane, Dillon Brooks, De’Anthony Melton, Tyus Jones and Jaren Jackson Jr. stepping up.

Now preparing for the start of the 2022-23 season, this young Grizzlies team has all the confidence in the world in themselves and they truly believe that they have what it takes to contend for a title.

However, is this truly a likely outcome for the Memphis Grizzlies this upcoming year?

Of course everyone has a chance to contend for a title to some extent, some more than others for obvious reasons, but just because they won 50-plus games a season ago does not mean that the Grizzlies will once again be just as successful or even more successful.

This Memphis team is completely different than it was a season ago, especially since Kyle Anderson is now a member of the Minnesota Timberwolves and since De’Anthony Melton is now with the Philadelphia 76ers.

Both Anderson and Melton were two key parts of the Grizzlies second-unit and the team did not replace either of them with experienced talents in the offseason. Melton was replaced with the arrival of rookie second-round pick Kennedy Chandler and Anderson was replaced by rookies David Roddy and Jake LaRavia on the wing.

Maybe veteran Danny Green will provide some depth and championship-esce experience for the Grizzlies, but Green is currently recovering from an ACL injury he suffered in May, likely resulting in him being out until sometime closer to the All-Star break in February 2023.

The depth Memphis had last season is what ultimately made them a real threat and now, they enter the 2022-23 season with the vast majority of their depth being inexperienced and new.

Kennedy Chandler, Jake LaRavia and David Roddy are rookie additions, as mentioned before, and a lot of pressure has suddenly been put on second-year wing Ziaire Williams and fourth-year guard John Konchar, who are now the leaders of this second-unit alongside veteran backup guard Tyus Jones.

The Memphis Grizzlies should once again be a very fun team to watch because of Ja Morant and the acrobatic, physics-defying things he does on the basketball court, but it is very hard to look at this team on paper and think that they have the ability to have a better season than they just had.

Jaren Jackson Jr. is out to begin the year as he recovers from offseason right foot surgery and while they ranked sixth in the NBA in bench points per game last season, the Grizzlies have a lot of question marks to sort out during the first month or two of the regular season pertaining to their bench.

With teams like the Denver Nuggets, Minnesota Timberwolves, Los Angeles Clippers and New Orleans Pelicans on the rise in the Western Conference, as well as the Phoenix Suns and Golden State Warriors still standing at the top, the Grizzlies have a few things to prove in order to be elevated into the “championship contenders” class of the NBA.

Stephen Curry Has ‘Nearly Locked’ Lifetime Under Armour Contract Worth More Than $1B |...

This Former First-Round Pick Is Still A Free Agent